Transformation from a management team to a leadership team 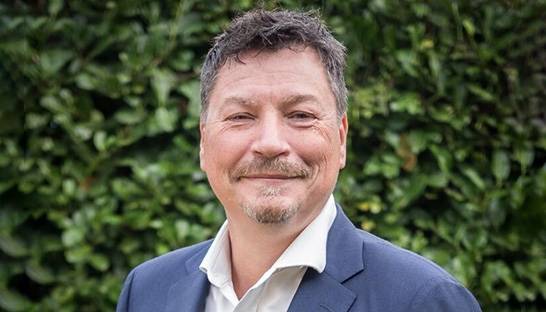 Since the cause is initially sought in the supply teams themselves, team training is used. The coaches then work with these teams, for example, at the Lencioni pyramid to achieve results built on trust. I’m now a strong proponent of using Team Training (as well as Lencioni), but this only solves the problem when the problem is actually in the teams.

When team training is not producing the desired results, it’s time to take a closer look at the organization’s leaders and how they are managed. Because the cause of unexpected teams and poor quality delivery can also be a leadership problem, because the leaders of the organization form a management team rather than the leadership team.

The leadership team strives for a result, and asks the organization what contribution it can make to that, and what is required to achieve the goal together.

The difference lies in the art of letting go by giving leaders the right space. Only when the leaders of the organization give the employees the appropriate space will the employees take responsibility and be able to commit to an outcome.

See also  Summary Actions Against the Ministry of Education, Science and Culture

In my example of a management team, this team takes full responsibility for the outcome and the rest of the organization joins almost automatically on a “best effort” basis. Teams and employees cannot take ownership of the obligations described by others.

In short, investing in self-managing teams is good, but not enough. Organizations also need to invest in transforming management teams into leadership teams. The art of dispensing the right way becomes a way to take advantage of the predictability and quality of the products to be delivered.

To become a leadership team as a management team, the Lencioni pyramid is an effective guideline for redefining the relationship with teams. However, rather than starting with the word ‘confidence’ and working our way up the pyramid to ‘result’, in this case starting from the result level is much more effective.

“If I leave it up to the teams, I’ll never get what I want,” says the now cynical director. However, practice has proven that people in an organization who are not managers come to work to make the best contribution.

It may, of course, be that the ambition of the organization is not in line with what the teams can handle. This is precisely the critical moment where leadership teams differentiate themselves from management teams and demonstrate their commitment to the teams.

On the other hand, this can be done by asking the teams if support is possible so that the teams can take responsibility for the ambition expressed by the leadership team. And then on the flip side to accept it when teams indicate that despite offering to help, they can’t take any more responsibility.

As a result, active expectations can be managed very early on and possible alternatives can be worked out; Unlike in organizations where goal is nevertheless imposed, the moment of inability to achieve ambitions becomes apparent only late in the process. The only option left for the management team is damage control.

When the relationship between the leadership team and the teams is already sound so that there is room for the teams to take responsibility, and the leadership teams are no longer concerned with the “how” question, the foundation is laid for an open question and equal conversation. The organization has already reached the level of “constructive disputes”.

This is very important because the leadership teams that reach this level receive the relevant information in a timely manner. These are the means to make adjustments, do effective expectations and manage stakeholders, in short: the means to be able to take charge of the situation as a leadership team and be trusted by stakeholders.

What remains then is the level of “confidence”. This arises, oddly enough, in the very short term based on going through previous levels. The degree and ability to maintain trust is determined by remaining consistent as a leadership team and continuing to facilitate the organization, and not continuing to think on behalf of teams when the situation is most difficult.

Leadership teams in particular that don’t fall back into old habits give a huge boost in team confidence, and therefore a huge incentive for teams to do everything they can to remain effective and predictable.