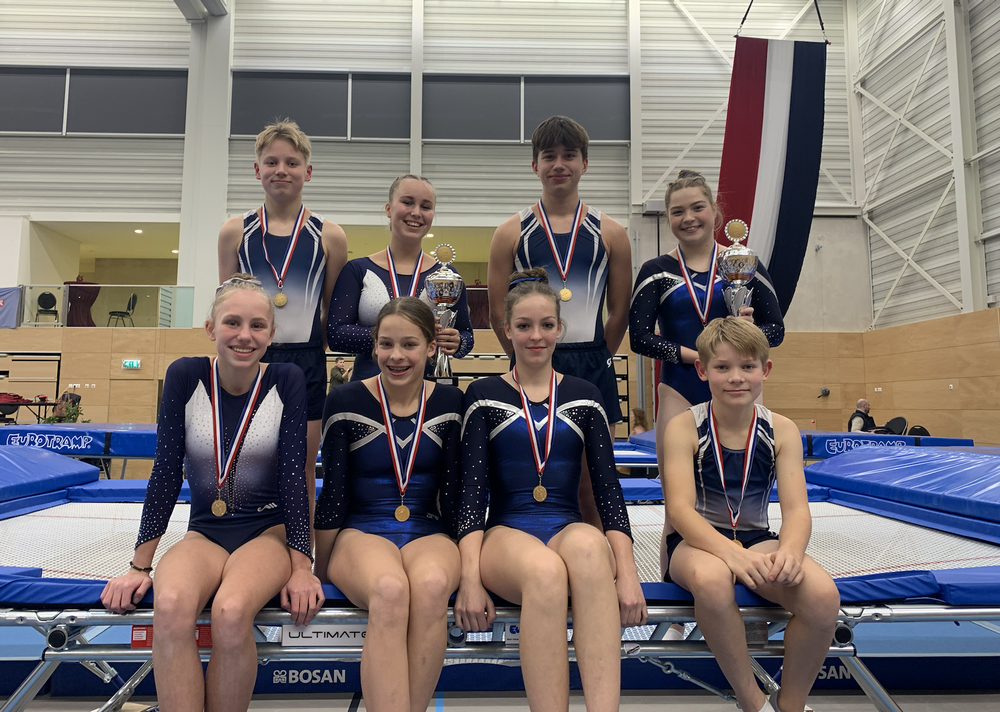 For the Trampoline School Heerenveen a youth team has participated in both the First League and the Premier League.

The first class team consisted of Mies de Vries, Anouk Escandal, Dennis Brack and Jesse Van Driel (athlete from Tornos, in Os). Despite the fact that the preliminary round did not go smoothly, they still managed to qualify for the final with a huge margin. However, in the final, the points from the preliminary round did not count, and moreover, only three of the four players were allowed to appear at the start, so there is no room for error and anything can still happen. Anoek made it sexy, but managed to work it out very smartly. Both Dennis and Miz jumped a record personal score in the final. Their combined score was more than enough for the gold medal. Three times is magic for this team that reached the final first during the playoffs, but then finished in third and second places, respectively.

The Eredivisie team with Fabienne Vogel, Miss Wenk, Mackenzie Mollman and Brent de Vries jumped into a stable preliminary round, after which they reached the final for the first time. They also showed great rehearsals in the final, which was enough for the highest podium and the biggest trophy! A major achievement for the young athletes as both women were plagued by injuries and both men performed admirably at the Youth World Cup in Bulgaria just two weeks ago.

With such great performances, the competition season of 2022 has come to an end. In the spring of 2023 they will again appear decent at the start!