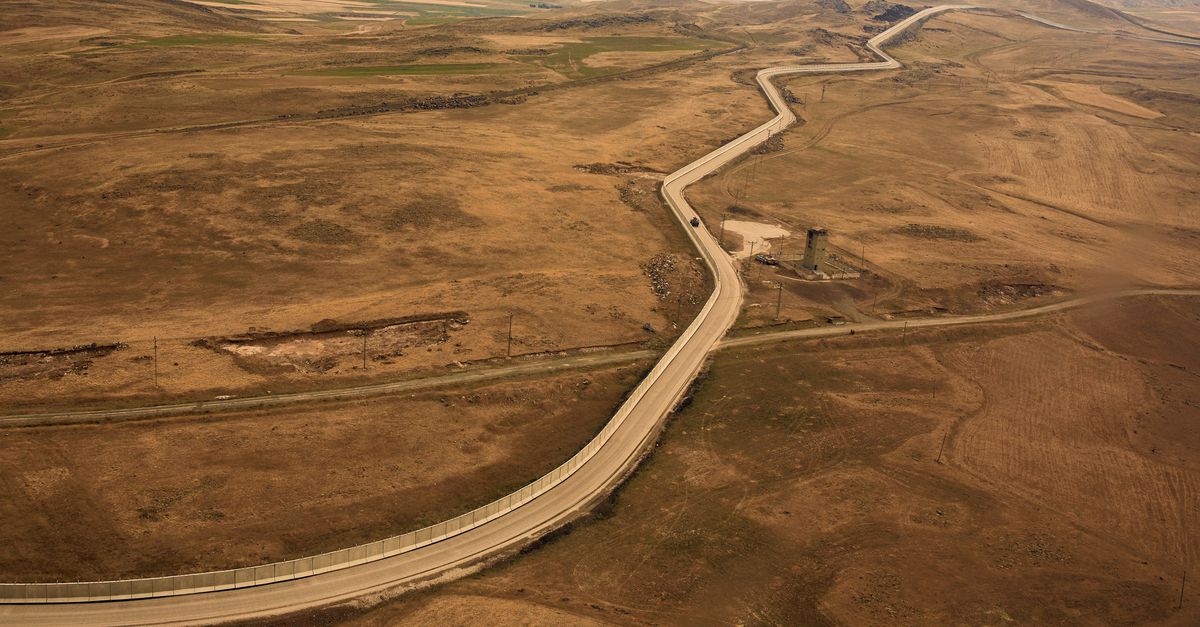 The Greek defense and civil defense ministers, and the commander of the armed forces, traveled to the Evros region on Friday to inspect the border fence. Under the eyes of the cameras, they patted the heavy metal bars with their hands. “We support people’s democratic rights and freedoms, but we cannot allow migrant flows to be used as a tool.”

A 12.5-kilometre expansion of the fence has recently been completed, as has a new electronic monitoring system. The Minister of Civil Defense said the Taliban’s takeover of power could lead to a new influx of migrants. We are not waiting for the consequences. Our borders must remain safe and secure.”

Events in Afghanistan have raised European Union fears of a repeat of the refugee crisis of 2015, when nearly a million Syrians and people from other Middle Eastern countries crossed the border into Greece from Turkey before moving on to wealthier countries. Europe. In recent weeks, these concerns have prompted countless European politicians to shout that “2015 must not be repeated”.

But Europe is different now. There is no fence only along the border with Turkey. In the Aegean, the Greek Coast Guard conducts violent pushbacks of migrant boats, under the watchful eye of the European Union Border Guard Service Frontex.

A new financial offer from the European Union to Turkey

Turkey fears that a potential influx of Afghan refugees will be stuck in Fortress Europe, and then it will get stuck with all these people. The country already hosts 3.6 million Syrian refugees, as well as hundreds of thousands of Afghans, the largest number in the world.

“Turkey has no duty or responsibility to be the repository of refugees in Europe,” President Erdogan said last week. “Europe, which is a haven for millions of people, cannot escape this problem by tightly closing its borders to protect the security and prosperity of its citizens.”


The European Union expects Turkey to abide by the agreements of the 2016 refugee deal. In exchange for stopping and accepting refugees, Ankara will receive financial support of billions of euros. The European Union pledged €3.5 billion in June to continue the deal. But according to Omer Kadkoy, a migration expert at the Turkish think tank Tepav, there is little chance that Erdogan will accept the offer. Because that will make him politically weak in the run-up to the 2023 elections.

Kadkoy said: “It seems that there is a consensus between the government and the opposition that there will be no new agreement.” The government says it does not have the capacity to take in more refugees: our limited resources are already insufficient for the Syrians. The opposition is against any refugee deal with the West. I think 3.5 billion is not enough to take responsibility.”

Erdogan wants Europe to do more to support Iran and Pakistan in hosting the Afghans. Other than that, a new influx into Turkey is inevitable, he says. In recent days, he has had telephone conversations with German Chancellor Merkel, British Prime Minister Johnson and Greek Prime Minister Mitsotakis. “A helping hand should be extended to Afghans at home and neighboring countries to reduce migration pressure,” he said.

At the same time, Erdogan has sent reinforcements to the border with Iran, where a 295-kilometer wall is being built to keep migrants out. “Turkey is not as hospitable as it was in 2015,” Kadkoy says. The two neighboring countries that have hosted the largest number of Afghan refugees since 1979 are now trying to contain a possible mass exodus.”

There are already 780,000 registered Afghan refugees in Iran and 1.4 million in Pakistan, plus a few million unregistered in both countries. “Pakistan has made it clear that it does not want to take in more Afghans,” said Jeff Crisp, former chief executive of the United Nations High Commissioner for Refugees and a researcher at the Center for Refugee Studies in Oxford. “In recent years, the country has launched a repatriation program with the support of UNHCR, which finds itself in a gray area between voluntary and involuntary returns. People are definitely under pressure to return.”

Crisp thinks Europe’s fear of the influx of Afghans is exaggerated. After the Taliban captured Kabul, it soon became clear that the bleak predictions of a new refugee crisis would not come true. But expectations serve the conservative right-wing discourse in Europe on immigration. So I’ve seen politicians in the UK and Europe take it down.”

Crisp knows that the borders of Iran, Pakistan and Turkey are porous. But with the journey now increasingly long, dangerous and expensive, he doubts a massive influx of refugees will begin. The Turkish authorities have not yet announced any indications of a significant increase since the Taliban took power. The number of illegal Afghan immigrants arrested this year does not exceed one-fifth of the number in 2019.

Much will depend, according to Crisp and Kadkoy, on the situation in Afghanistan and on the position of the Taliban. Half of the 38 million Afghans are dependent on aid, in part because of a severe drought. Many people are hiding in their homes at the moment, afraid of revenge and worried about the future.

A version of this article also appeared on NRC on the morning of August 26, 2021