Turkmenistan wants to extinguish the “Gate of Hell” 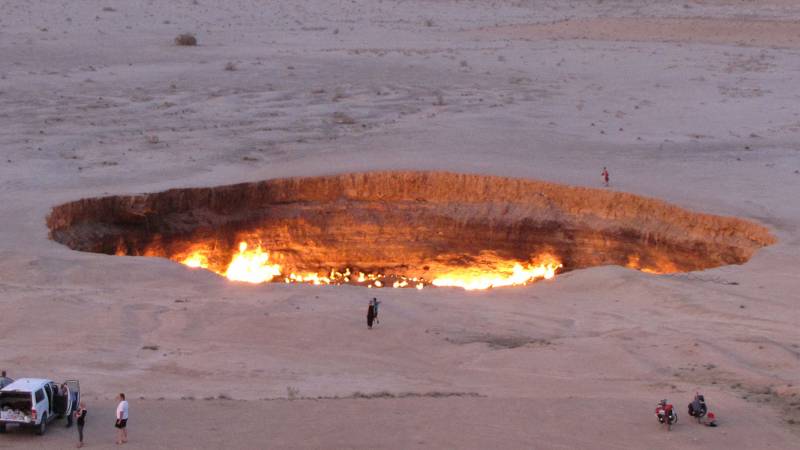 It seems that soon tourists will not be able to look at the “Gate of Hell”, or the fire pit of the Turkmen Karakum desert. President Gurbanguly Berdymukhamedov has ordered the Minister of Oil and Gas Extraction to investigate whether the crater, which is 70 meters wide and 20 meters deep, can be quenched. This was explained by the Turkmen state media.

The story goes that the crater originated in the 1970s, when the Soviet Union was said to have dug up the area for gas. Part of the bottom collapsed. The crater was allegedly set on fire to prevent the release of toxic gases from the stream. The fire has not been put out in at least decades.

The fire crater, which was dubbed “Karakum Sparkle” by the chief but is also known as Darvaza Crater, soon became a popular tourist attraction. They have to drive more than 260 kilometers across the desert from the capital, Ashgabat, to see the crater.

But if it was up to President Berdymukhamedov, then the fire would be extinguished. He argues that flames pollute the environment, and that it is a shame to waste the emitted gas.

The president ordered local authorities to investigate how the fire was put out. It remains to be seen if that will actually happen. In 2010, Berdimuchamedov also announced that he would like to put out the fire, because the crater would impede industrial development in the region. But the crater is still burning 12 years later.

See photos of the Turkmen fire crater below: