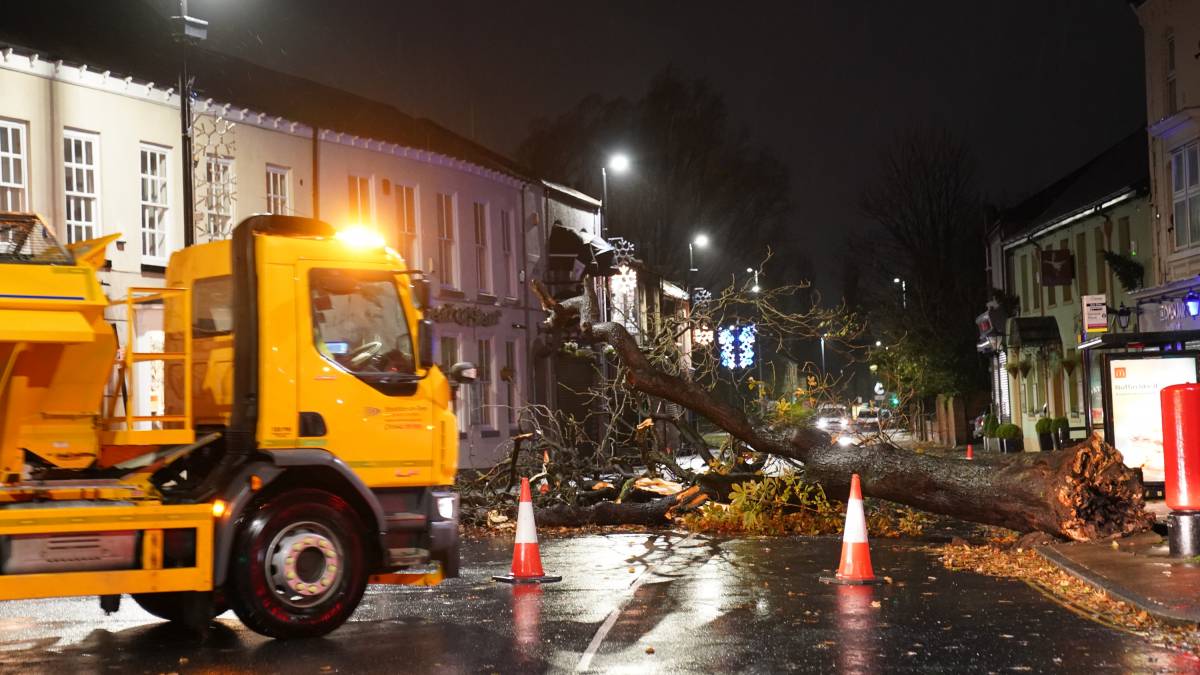 Two people were killed in a storm in the United Kingdom BBC reports. They have been hit by falling trees, one in Northern Ireland and the other in northern England.

Storm Arwen brought wind speeds of up to 100 miles per hour. In Scotland there were 80,000 homes without electricity, and in England 55,000.

Because of the storm, the British Meteorological Institute issued a red weather code yesterday at noon. It doesn’t happen often in the UK: the last time was three years ago. At midnight, the weather alert dropped to orange and yellow.

In Scotland, rail traffic is closed in part of the country. Snow was also seen in parts of England and Scotland.

Very strong gusts of gusts of up to 98 mph (over 158 kph) were measured locally in Northumberland on the northeast coast of England last night and tonight, the Met Office reported on Twitter:

The Weather Institute advises Britons to only travel when absolutely necessary, as Arwen still produces very strong winds in many areas. So many roads will remain closed for the time being.