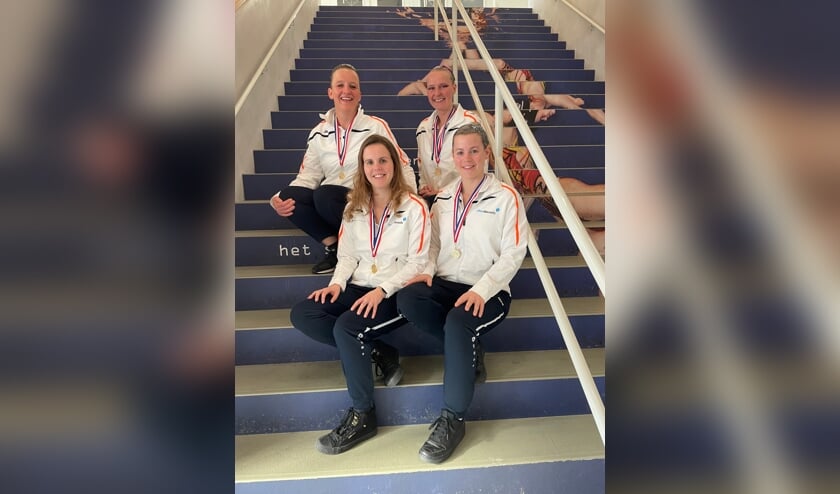 Synchronized Swimming – SWOL 1894’s Saskia Geirels became the Dutch champion in synchronized swimming this past weekend. She did it solo in the 25-29 age group. In the 30-39 category, she also swam to the national title alongside Natasga van Schopen. Astrid Smit also won gold in the 50-59 age class.

The professors were active with solos and duets in their age group. Geirels became a Dutch Champion in the 25-29 age group with two great solos. In the 30-39 age group, Saskia and Natasga van Schopen (with reserve Jocelyn van Schopen) swam a duo. She also became a Dutch champion.

Astrid Smit also swam in two singles matches in the 50-59 class with the highest points total and thus also became the Dutch champion. SWOL 1894 is proud of all the participants and the new Dutch champions.