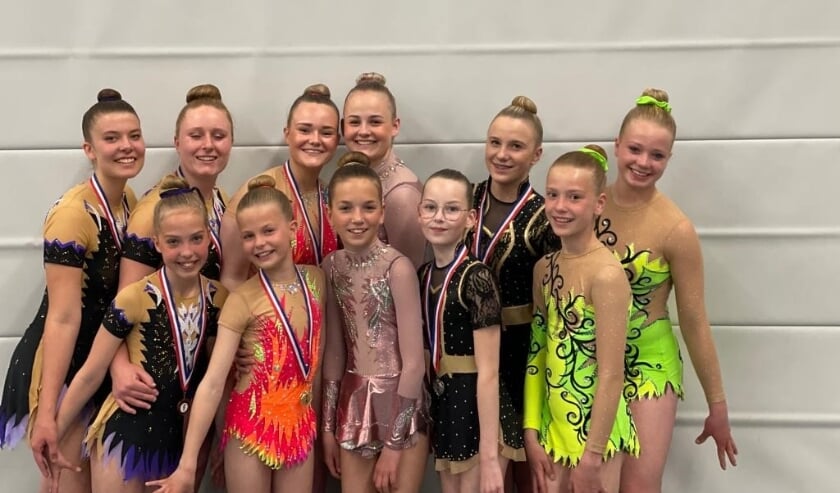 During ONK, not only were there titles to be won, but teams could also qualify for the National Semi-Finals. EGSV did a good job. The ten teams reached the maximum for the semi-finals.

Lara van de Berg, Maud van Dijk, and Emma Benz finished first in the eJunior trilogy. There was also a gold medal for Team D-Senior, made up of Leakey Van Dyck and Ashley Jagger. These two teams can call themselves the champions of East Holland.

In addition to all the medal winners, Leonie Odenarden and Marit Bilibor also qualified for the semi-finals. For duo Liz van Lente and Anedik Postma (the junior juniors), Louis Gregoire and Louis Lach (D-seniors), the KNGU season is over for the time being. Despite reaching the limit, they have to settle for a place on the spare bench.

With seven medals, eight semi-finalists and two teams on the reserve bench, Egypt’s caravan roster can proudly remember a successful day of competition. Would you also like to participate in KNGU competitions? On June 3, the Department of Physical Education organizes an open exercise! More information can be found on EGSV’s instagram page acro.egsv

See also  How are things going in the World Cup qualifiers?