“Ukrainian judges often do not trust each other” 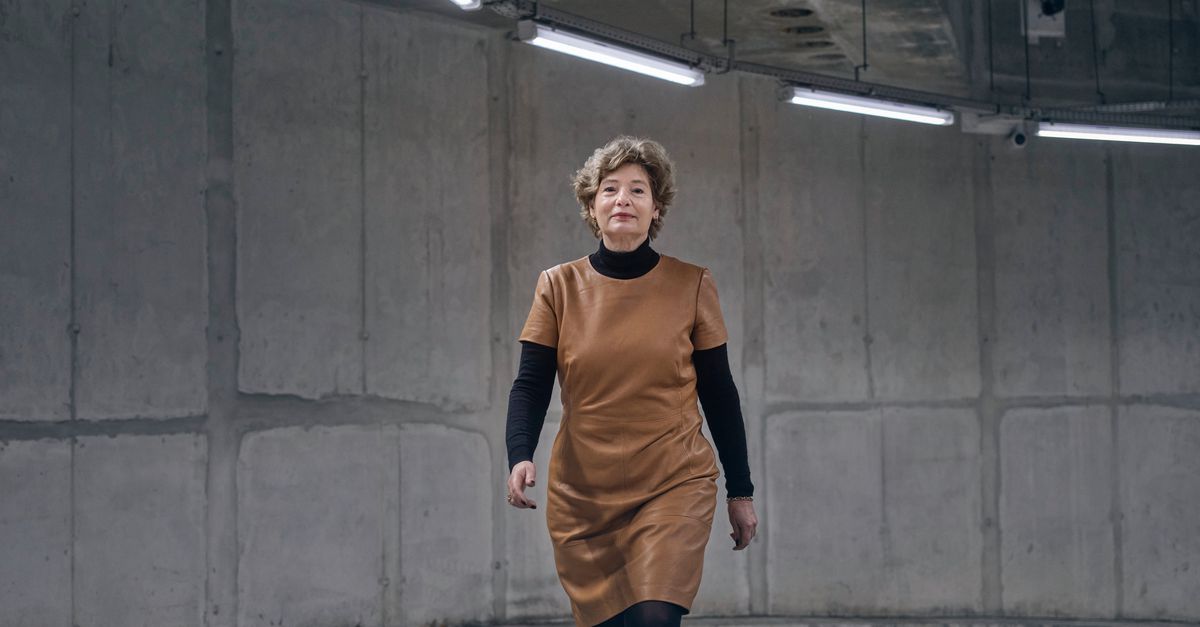 Judge Esther de Roij was briefly surprised when she received a threatening letter at home, an A4 with text about the Holocaust on one side and a large Z on the other, symbol of the Russian invasion of Ukraine. She talks about it in a conference room at the Amsterdam court, where she is vice president for international cooperation and the rule of law. But: “I will not be afraid, I will continue my work in Ukraine.”

At Ukrainian request, the 59-year-old is leading a project she created to strengthen the judiciary. She did it previously in Bosnia and Odessa, but since June 2021 also in the fifth – soon seven courts – in Kyiv, where she lived half the time until the Russian invasion.

After the 2014 Maidan Uprising, the Ukrainian judicial system was reformed. The Judicial Council was created and new judges of the Supreme Court were selected. Corrupt lower court judges were dismissed.

But in a country where oligarchy still wields power through controlled media, judges are vulnerable to corruption and intimidation. So the reforms did not proceed fast enough. The first step in reviving the process was a salary increase. “The judges earn about 300 euros a month,” says de Roij. “But now they get between 1,200 and 2,000 euros in the big courts, which you can normally live with in Ukraine.”

This was not enough to improve the reputation of the judiciary. That is why De Rooij is also helping her Ukrainian colleagues draw up procedural regulations. The procedural rules for each legal proceeding explain what the attorney or defendant can expect, when documents must be submitted, when parties must appear, whether they can be granted an extension, and so on. It’s an interconnected mechanism of judges saying to each other: This is the way we do it here.

We also had this problem in Holland 25 years ago. One lawyer had to hand over his documents a month ahead of schedule, while the other could do so a day before court. This ambiguity was at the expense of the judiciary. Then a big project started, comparable to what I’m doing now in Ukraine.

How are things in Ukraine?

“The lack of clear rules in the procedure leaves room for corruption. For example, a judge can give an oligarch a two-year delay in submitting documents because he knows or fears that the oligarch might have something negative about him published in the media. If these pieces should be exist at the appointed time, then something like this is not possible.”

Are judges in Ukraine incompetent?

“No, they are generally educated. But in the past they also sometimes bought their positions. In 2015 this practice ended with the establishment of a commission which reformed the courts. After that all the judges were examined and an investigation was made into their origins, behaviour, integrity and knowledge. Then he retired Two thousand out of nine thousand judges. Since then, five thousand have been approved and remain in office. Two thousand have yet to be examined.

If the judge makes a decision that the oligarch does not like, a newspaper or social media can say that his wife owns three apartments in Marseille

“I have come across many competent judges in Ukraine. Most of them want to have a good reputation and have agreed to reforms. There are also older judges who are still accustomed to the previous regime. It is also important that the judges are motivated from within to adapt their working methods and behaviour. They have to do it together. We support them in that.”

What else must be changed in the behavior of these judges?

“Ethics must be placed at the top of the agenda and their communications must be better tailored to the public. Earlier this month, I organized a four-day conference of five presidents of courts, five deputies and five chiefs of staff from Kyiv, Obukhev and Venezia here at the Amsterdam court. Our openness in talking about business. Four Dutch chief justices spoke with them about ethical behavior and corruption, and asked them what they were facing.”

What are the obstacles?

Phone calls from oligarchs or others in positions of power, for example, who want to decide the issue in their favour. Then they contact the chief justice or the judges who they think they can get something from.

“If a judge makes a decision that such an oligarch does not like, it may appear in a newspaper or on social media that his wife owns three apartments in Marseille. Such an accusation must then be investigated immediately and after that you will be passed over as a judge.”

Another problem is poor judicial support. Judges often pay their secretary out of their own pocket, who has to draw up the substantive side of the ruling.”

From whom should this money come for this secretary?

“From the state, but it does not have it. As it is, the chief justice has a chief of staff, but no budget and few powers. His only real power is that he can appoint judges to certain positions and shift them from criminal cases to civil cases. This can also lead to corruption.”

Are there more pain points on this last aspect?

The big danger is financing from abroad. For example, the Kyiv Commercial Court is located in a beautiful building [staatsenergiebedrijf] Naftogaz. And the Administrative Court of Vinnytsia is in a beautiful building thanks to the intervention of the mayor. What to do if a lawsuit is filed against the municipality? The chief of that court had no answer for that.

In addition, judges are very intimidated by disciplinary measures, as a lawyer, journalist, or even another judge can initiate disciplinary proceedings against a judge who wants to ridicule him. This remedy is overused and abused. As a result, judges do not feel as independent as they would like.”

What can you do about these practices?

“Together with the Ukrainian judges, we talk about what they consider to act with integrity and how you can apply that. We think about ways to fight corruption. We also discuss how you interact with each other and support each other in the event of attacks on their integrity. However, I cannot change that much. In harshly accusing each other.”

How is the standings now?

With regard to democratic values ​​and an independent judiciary, great strides have already been taken. On an institutional level, there was a select group of judges, a new council for the judiciary, salaries were increased, and all sorts of new, better legislation was introduced. On an individual level, taking bribes has been reduced by 70% since the salary increase.


But there are still many weaknesses in the judicial organization. For example, quite a few judges who were allowed to continue working after examination are still very familiar with the old system. As a result, they are still waiting for the cat to come out of the tree in terms of repairs. They have not yet dared to feel that the independent judges they should be.

Where does this fear come from?

“Ukrainian society is still full of distrust, although there is freedom of speech and free elections, and unlike Russia, a large civil society has appeared in Ukraine. But since the media, controlled by special interests and oligarchs, sometimes throw the most nonsense into Air, you only trust your little circuit. Judges often don’t trust each other either. For that reason alone, the judiciary can’t be changed in one fell swoop. What we’re trying to show them is that improvements in the judiciary have to happen together. And they handle that very well “Several courts have already asked if they can join this project. Change is clearly needed.”

A version of this article also appeared in the December 30, 2022 newspaper