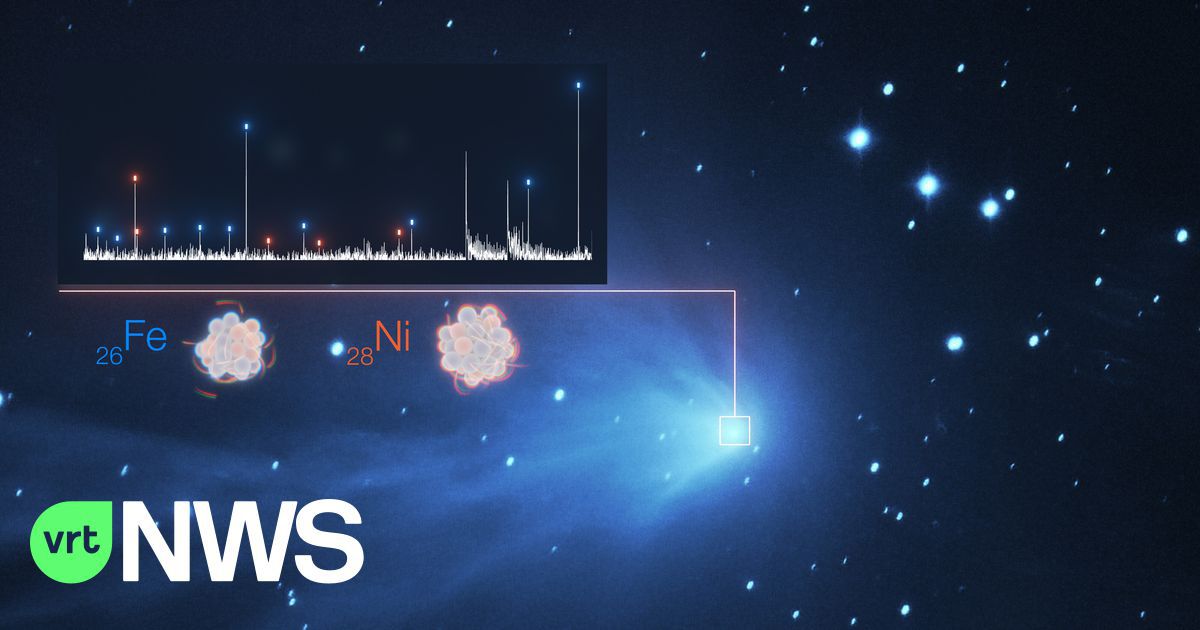 Astronomers know that the dusty, rocky interiors of comets contain heavy metals. But because solid metals do not usually sublimate – they turn gaseous immediately from the solid state – at lower temperatures, researchers did not expect to find heavy metals in the atmospheres of cold comets venturing away from the sun. So far, nickel and iron fumes have been detected in comets that have been observed more than 480 million kilometers from the sun – more than three astronomical units, the average distance between the Earth and the sun.

The STAR Institute team also found that the comet’s atmosphere contains roughly equal amounts of iron and nickel. Typically, materials in our solar system, such as those in the sun and meteorites, contain about ten times the amount of iron as nickel. Thus, this new finding has implications for our understanding of the origin of comets and the early solar system, although the team has yet to confirm the implications.

“Comets formed about 4.6 billion years ago in the very young solar system, and they haven’t changed since then. They are somehow astronomical fossils,” said co-author Emmanuel Gehen.

Although the Belgian team had been investigating these “fossil” objects for nearly twenty years using the Very Large Telescope (VLT) of the European Southern Observatory (ESO), researchers have not yet observed the presence of nickel and iron in the atmosphere. “This discovery has eluded our attention for years,” said Jihen.

(Read more below the photo)