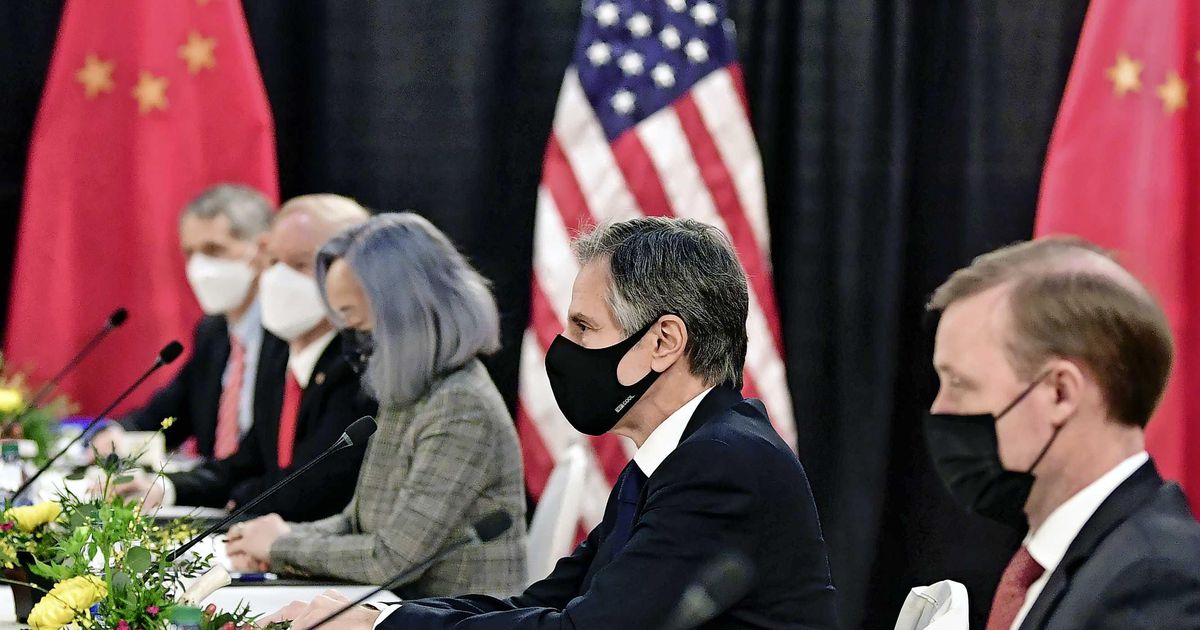 The US and Chinese ministers are in Alaska to attend a two-day meeting. This is the first summit meeting between major powers since the inauguration of the new US president, Joe Biden. Blinken is attending on behalf of the United States, and senior Chinese diplomat Yang Jiechi and Minister of Foreign Affairs Wang Yi traveled to Alaska.

Blinken said he was concerned about cyberattacks on the United States, among other things. He also announced that he wanted to talk about the situation in Hong Kong and Taiwan and the Chinese “economic coercion” on the allies of the United States.

During Yang’s ten-minute opening statement, the diplomat accused the United States of interfering in internal affairs, among other things. The United States accused China of violating the protocol after speaking for more than two minutes scheduled. According to China, it was American actors who spoke out for a long time during their inaugural statement. State media say the diplomats were “inhospitable” and made unreasonable accusations about China’s domestic and foreign policies. According to a Chinese diplomat, the Americans “caused quarrels.”

Blinken has harshly criticized China in recent days. The minister accused Beijing of systematically undermining Hong Kong’s autonomy and violating human rights in Tibet and Xinjiang. Critics in Xinjiang say the Uyghur minority is being repressed. Blinken has already made clear in the run-up to the summit that he wants to use the meeting in Alaska to share his concerns “in clear terms” with his Chinese colleagues. The Biden government has made it clear that it will not avoid confrontation with China.

See also  "Something" left traces on the bottom of the deep sea, but researchers don't know what

China announced in advance that it would not make concessions on crucial issues. The Chinese Foreign Ministry asked the Americans to engage in a “sincere and constructive way.” A Chinese ministry spokesman said, “China has no room to make concessions on issues related to its sovereignty, security and fundamental interests.”