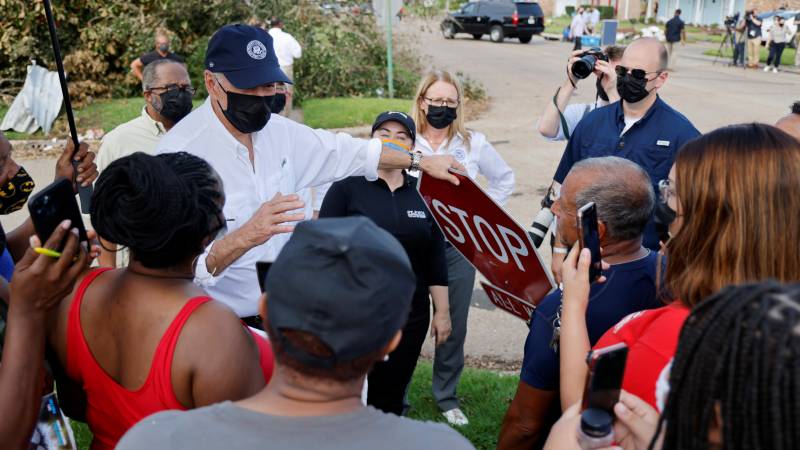 Biden went to Laplace, a place devastated by floods and a severe storm. He visited a neighborhood full of dead trees and debris and later flew over other affected communities. He also spoke to local officials.

The president linked powerful storms like Ida to climate change. “Superstorms will come and they will be devastating,” he said during the visit. “It’s not about whether you’re a Democrat or a Republican. We’re Americans and we’ll beat them together.”

Ida made landfall in Louisiana last Sunday. In addition to the floods, the cyclone also caused power outages to more than a million homes and disrupted water supplies for nearly 600,000 people. More than 800,000 homes and businesses remain without electricity.

After Louisiana, Ida continued to weaken and caused flooding in New York and other states on the East Coast.