US wants to use Afghan assets of 9/11 relatives 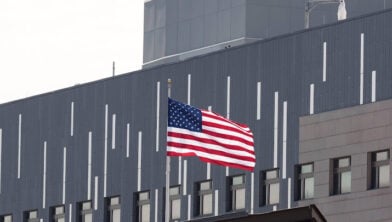 The United States wants to use the international assets of the Central Bank of Afghanistan to obtain compensation, among other things, for the relatives of the victims of the attacks in New York on September 11, 2001. Several lawsuits are still pending on this topic. Half of the total $7 billion in Afghan funds should be used for humanitarian aid to the Afghan people.

It concerns the assets and stocks of gold that the Central Bank of Afghanistan in the United States has suspended with financial institutions, including the Federal Reserve treasury. Last year, Washington actually froze the funds to prevent the new Taliban government in Afghanistan from getting the funds.

President Joe Biden has now signed an ordinance to legally settle the additional forfeiture, a process likely to take months. According to the US government, the money will be used, among other things, to help the collapsed Afghan economy recover a bit. However, care will be taken to ensure that the Taliban does not continue to profit.

The Taliban has already responded to this move. The current rulers of the Asian country speak of “theft”. A spokesman said the confiscation of funds was an indication of “moral decay” in the United States.