Utrecht’s yacht was a Roman gateway to the north 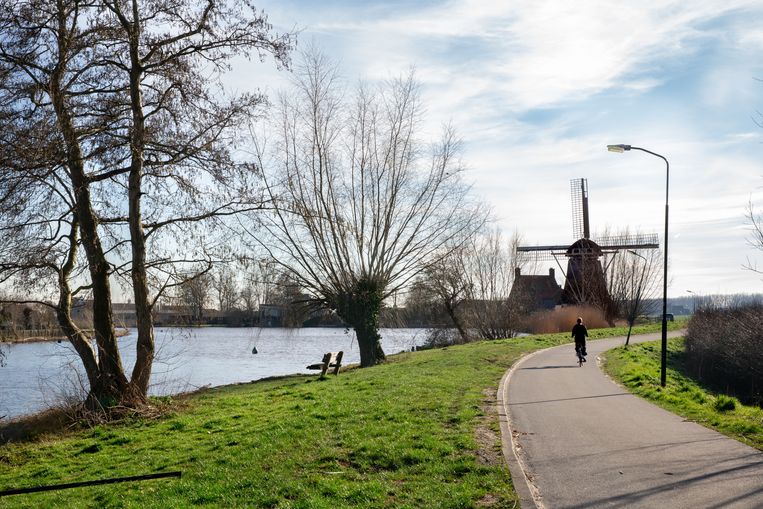 The Vecht slowly winds its way from Utrecht through Brooklyn to the IJsselmeer. There are tourists – ride bicycles, rent a boat, take a tour or eat a cake on the balcony. The local tourist office advertises “scenic relaxation.”

That was different. About two thousand years ago, ships full of Roman troops sailed through the rugged swamp here. They moved from the Rhine basin to the northern regions with the aim of adding it to the Roman Empire.

Part of the Phycht River may have arisen from aqueducts built by the Roman general, Claudius Nero, specifically for this conquest. At least that’s the strong suspicion of 72-year-old doctoral student Jan Verhagen and two geoarchaeologists from VU Amsterdam, who published an article on this in the journal this week. Dutch Journal of Geosciences†

The existence of the so-called Drusus aqueducts is known from Roman writings. When the Romans wanted to conquer North Germanic regions such as Groningen, Friesland and northern Germany, they needed a good infrastructure to transport their forces. Since there were no highways through the swampy area, this was easier on the water. In order to avoid the turbulent turbulence of the North Sea, they dug some canals in the period between 12 and 9 BC that connected the Rhine region with the North.

The location of these Drusianae fossils has not been clarified. The river region in the Netherlands is so dynamic that excavation paths are often not maintained for a long time: rivers move the soil that flows through them and constantly change their courses. In this way the landscape is constantly renewed and many ancient monuments are erased.

Verhagen says there was evidence in ancient writings. For example, the Roman writer Suetonius stated that Drusus had canals dug ‘on the other side of the Rhine’, and Tacitus wrote that the general Germanicus imported the canal of his father Drusus in 16AD ‘with ships containing legions and allies’. After a successful voyage through the lakes and the “ocean” (possibly the Wadden Sea), he reached the Ems River.

Verhagen combined these historical sources with riverbed soil research over time, which he extracted from the literature and supplemented with his own soil digging. “We have known of the existence of peat lakes since before Roman times, in the area between Brooklyn and Miden,” Verhagen says. “We suspected that the Romans dug channels through peat to connect these lakes, thus creating the Vecht.”

Researchers have conducted 450 excavations in the area between Overmere and Nigtyvcht, dated the excavated sediments and concluded that this part of the Vecht was abnormally straight more than 2,000 years ago. This reinforced the suspicion that it was a channel at the time.

Until more than ten years ago, most scholars believed that the Gelderse IJssel extension between Westervoort and Doesburg originated from the Drusus canals. This option ended when geoscientists established in 2008 that this part of the IJssel was indeed a natural river before Roman times.

Archaeologist Jonah Lindring, who was not involved in this research herself, found the analysis intriguing. “There is an urgent need for scholars to bring together disciplines in order to discover history,” he says. Presenting himself questions whether the texts of Suetonius and Tacitus refer to the same waterways.

The Roman conquest of Friesland and the surrounding area succeeded, although the rule was not long. Around AD 40 the Romans withdrew again behind the Rhine, and the Limes became the frontier of their lands. This northern frontier of the Roman Empire has been a UNESCO World Heritage Site since Augustus.

The Romans on the waters of the Low Countries


57 BC Julius Caesar arrives in the Low Countries and massacres the population to a large extent. In the next half century, several tribes linked to the Romans settled along the Rhine.

19 BC Construction of a Roman army base near Nijmegen.

13-9 B.C. General Drusus forces an alliance with the Frisians and subjugates the region along Lippe and Main. The Drusus canals must have been excavated in these years.

4-5 m. General Tiberius (later Emperor and older brother of Drusus) continues his campaigns and sails to the mouth of the Elbe River.

9 m. The defeat of the Romans in the German Teutoburg Forest. The event is considered a turning point, although the Romans retained some sites on the east bank of the Rhine.

14-16 m. General Germanicus establishes a naval base at Velsen. Naval and military operations to Germany.

47 m. General Corbulo subdues the Frisians but retreats to the Rhine. Working on a canal between Leiden and Voorburg.