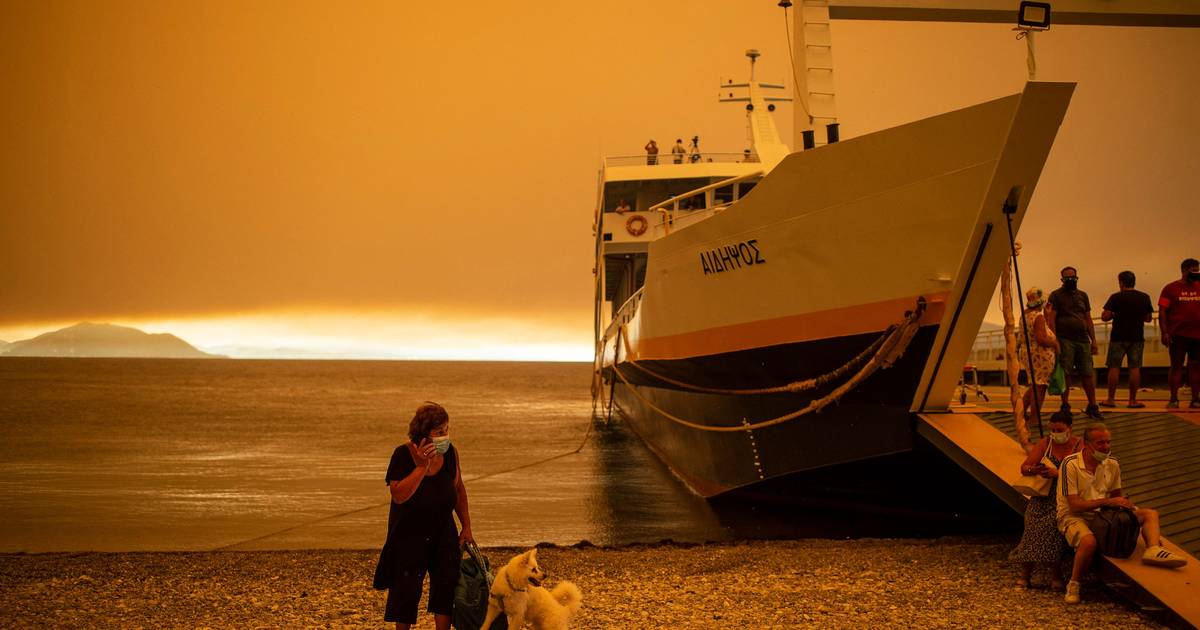 The fires that broke out on the former Greek royal estate of Tatoi last week have caused extensive damage. Not only was the forest area largely on fire, some buildings were also destroyed, and at least two containers were stored in which valuables from the palace were stored, the newspaper reported. Kathimerini.

The Ministry of Culture removed thousands of items from the former summer residence as the fires approached. However, they could not withstand the massive fire, as the photos show. The containers were completely reduced to ashes, including the contents. It is still not clear what was in the containers.

Most of the forest around Tatwi was lost, but most of the buildings remained intact, according to the newspaper. A building in which the directorate and a staff building were located were burnt down. The palace itself is currently being restored and the kitchens have not been damaged.

Previously, pictures showed that the fire also reached the royal cemetery. It is not yet clear if there is any damage. Several members of the royal family found their final resting place in the cemetery. For example, there is the tomb of Prince Andrew, the father of British Prince Philip. Five kings are also buried there, including King Paul, who died in 1964.

Greece’s Crown Prince Pavlos took to Instagram last weekend to thank “the brave firefighters, the army and all volunteers” for their ongoing efforts to stop the fire.

‘A natural disaster of unparalleled proportions’

Serious forest fires have been burning in Greece for some time. Firefighters and residents are now battling the massive blaze on Evia, the country’s second largest island, for a seventh day. The Prime Minister spoke of a “natural disaster of unparalleled proportions.” Hundreds of people had to flee by sea.

Forest fires are also raging in the southern Peloponnese. Hundreds of homes and businesses have been destroyed or damaged in recent weeks. At least 40 thousand hectares of land were burned. It’s been hot for a while in Greece, which is struggling with the worst heat wave in three decades. The temperature rises to 45 degrees, which makes the forests very arid.