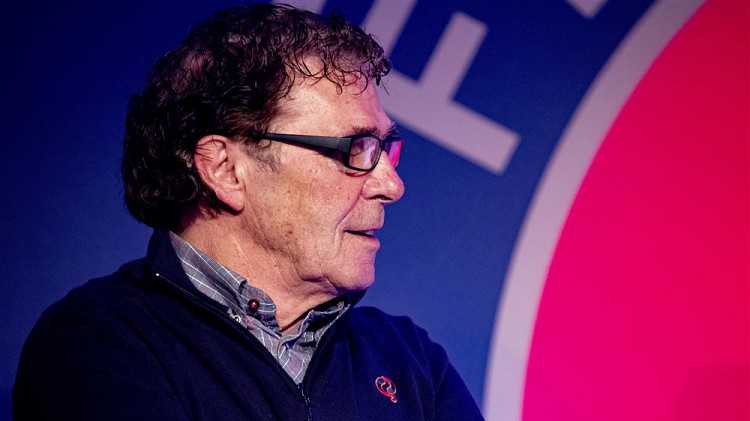 And Willem van Heneijm saw that Feyenoord managed to qualify for the next round of the European League at his home in Queep on Thursday evening, after an exciting match against Lazio. In De Cui the score was 1-0 with a goal from Santiago Jimenez.

On the AD Willem & Wessel podcast, Van Hanegem takes a look at the match. “Do you know what is the most beautiful thing about me,” Van Hanegem says in AD Willem & Wessel podcast from Algemeen Dagblad. “That was back when I saw these people in the stadium. That’s just the most beautiful thing there is. I wouldn’t say it was great because it wasn’t even close to it. Every time I got nervous that things were going to fail. But fortunately not.

Van Heneijm criticizes the Rotterdam match, especially the midfielders. Then I think, what are they doing now? Then they are still very close to each other. Then I guess, make room for each other too, but make room for the opponent too and don’t make it easy. Then the four of them squeeze them, and there’s a sea of ​​space on the other side, so to speak.

Van Hanegem also didn’t understand Slot’s options. He points out to Marcos Lopez: “He’s setting up the left-back anyway.” I don’t think it’s anything special. Then comes a boy of his rank, who plays much better than that man, van Hannegem points out to Quilindshee Hartmann. Van Hanegem also felt that Patrik Wålemark had not been put in place. Then he will not put that boy in place, he will put him on the left side. Every time he puts it on the left, nothing. Then put that boy in his place.

Van Hanegem maintains that although he is decisive, he is happy with the victory. “Everyone sitting here is glad we won anyway. That’s actually the most important. But for the same money you just got out. Your goalkeeper keeps you several times over. Van Hanegem is also pleased to have Gernot Trauner.

Danilo started in the starting lineup and had a good chance to make the score 1-0 early in the match, but he missed. Van Hangem noticed he got a few balls after that. Jimenez came in the second half. “I was happy he scored that goal.”