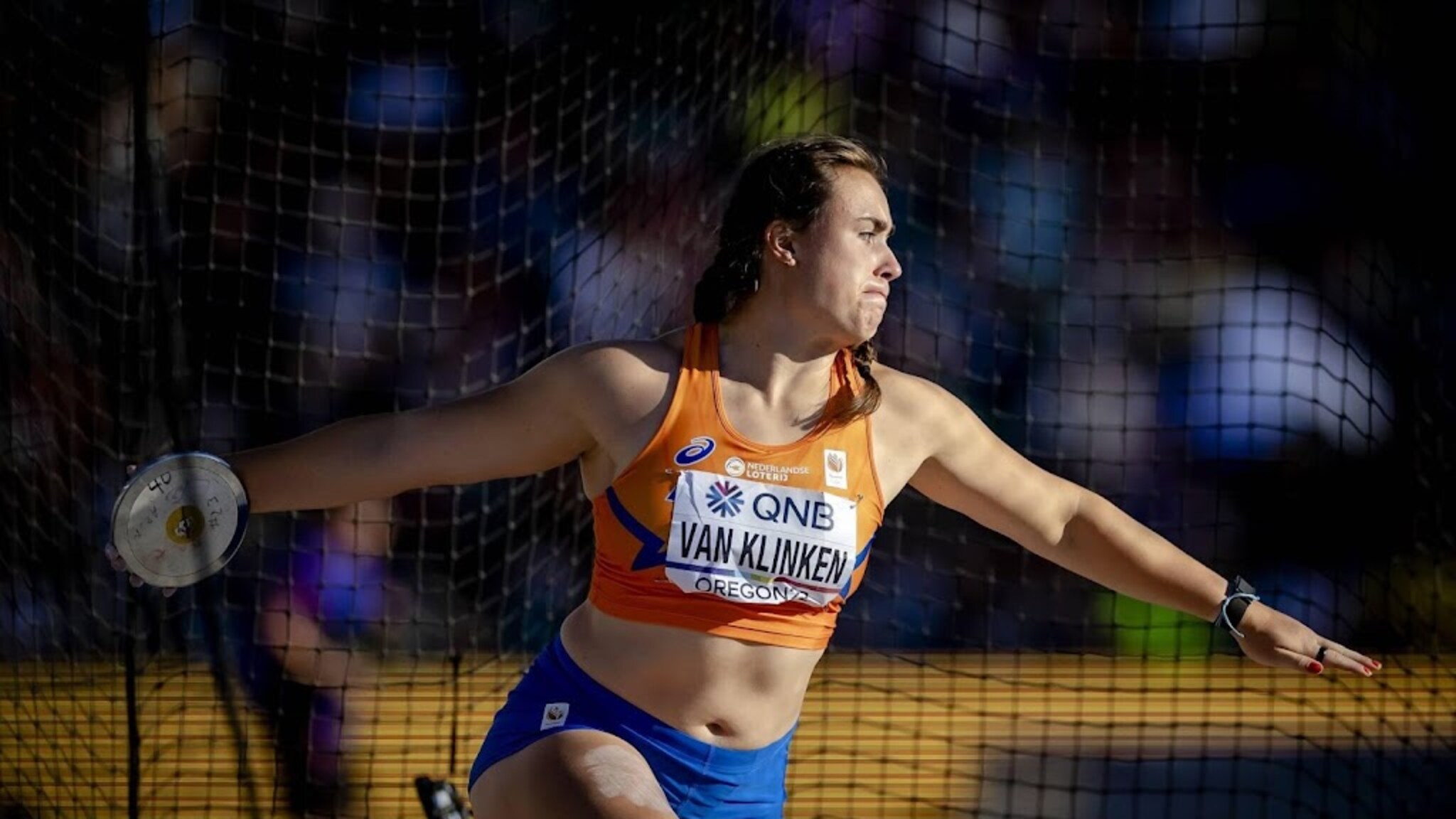 Jorinde van Klinken wants to follow in the footsteps of Jessica Schilder and win a medal at the World Championships in Athletics in Eugene. Schilder won the bronze medal in the throw, and Van Klinken will go for a slice in the discus at night from Wednesday to Thursday at 03:30 AM (Netherlands time). On Monday, she qualified in the qualifiers with a distance of 65.66 seconds to become the second in the final.

Schilder is the first Dutch athlete to win a World Cup medal in throwing, and Van Klinken wants to become the first discus thrower with a medal at the World Championships. “I thought it was special to be there when Jessica won bronze. Really cool that as a small country we have so many good shooters and then we also won a medal. I think the Netherlands don’t realize how special it is,” said the 22-year-old Van Klinken.

The favorite brand of gold is the American Valary Allman. She is the number one Olympic champion and farthest in the qualifiers with a score of 68.36.

Sivan Hassan came into play for the second time at Hayward Field. The two-time Olympic champion can qualify for the final in the 5000m series. It’s the distance that won one of her two gold medals in Tokyo last year. Hassan was also the best in the 10,000m there, but on Saturday in Eugene, her short World Cup preparation avenged her to finish fourth at the longest distance. Besides Hassan, Maureen Koster also runs the 5,000m series.

FIMK Ball will compete in the semi-finals in the 400-meter hurdles. The Olympic bronze medalist is a serious contender for American superstar Sidney McLaughlin, the Olympic champion who broke the world record this summer to 51.41. Bol was slightly faster than McLaughlin (53.95) in the series with 53.90.

Lieke Claver and William Marvin Bonifacia competed in the semi-finals in the 400 metres. Klaver set a Dutch record of 50.24 in the series. She has already won a World Cup silver with the team in the 4x400m mixed relay. Dutch champion Bonifacia was part of that quartet.