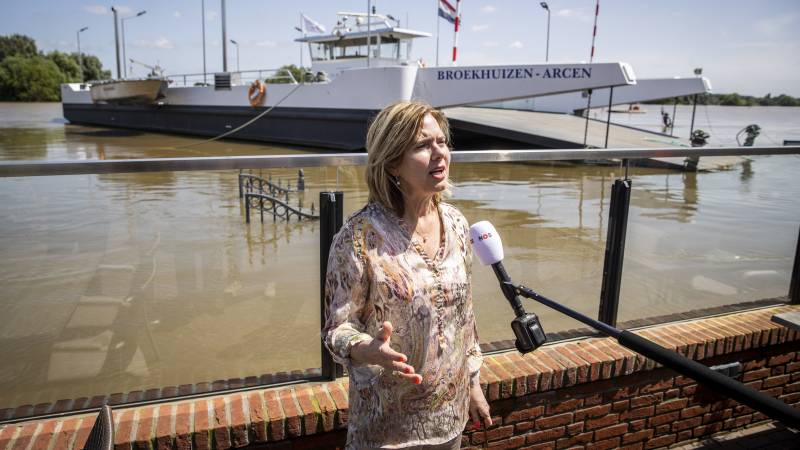 “What happened in Limburg in recent days can happen anywhere in the country. We have to take into account that due to climate change, we will have to deal with severe weather often.” This is what outgoing minister van Nieuwenhuizen says. She is visiting the flood zone and, among other things, doing an assessment near Venlo. The Minister also says that she sympathizes with all the victims and victims of this “horrific” situation.

The minister does not want to have a one-to-one relationship with the changing climate. “But I understand from scientists that these so-called cluster showers can often be caused by climate change. This is really a problem.” Prime Minister Ruti said something similar yesterday when he visited the flood zone.

Van Nieuwenhuizen came to Maaspark Ooijen Wansum, a 540-hectare “watershed area” near Venlo. According to van Neuenhuizen, “a lot of work” has been done” in recent years, specifically “to give water a way”. I thought it was important to see how things are going now.

The minister finds what she sees and hears intense, but she is happy that there have been no deaths in the Netherlands. “When you hear what happened in the countries around us, it’s a really different situation.” Van Nieuwenhuizen is reaching out to colleagues in the affected countries and hopes to meet them in August. “They also look at us and these kinds of projects.”

Van Nieuwenhuizen asserts that the Netherlands is not there yet. “A number of projects have been started, but there is a lot to look at. I would have preferred all the projects had already been completed.”

See also  The Wernink site will be a residential area, access is still under investigation

According to the minister, water problems can also occur elsewhere in the Netherlands. “This is not just one of these areas. Violent cluster rains in which a large amount of rain falls in a short period of time can happen everywhere. We have to paint everywhere where we can make more water space.”

Furthermore, all dams must be re-evaluated. Some of the dams have already been modified, but there are still at least 1,000 kilometers to go, says van Nieuwenhuizen, who speaks of “a full job.”