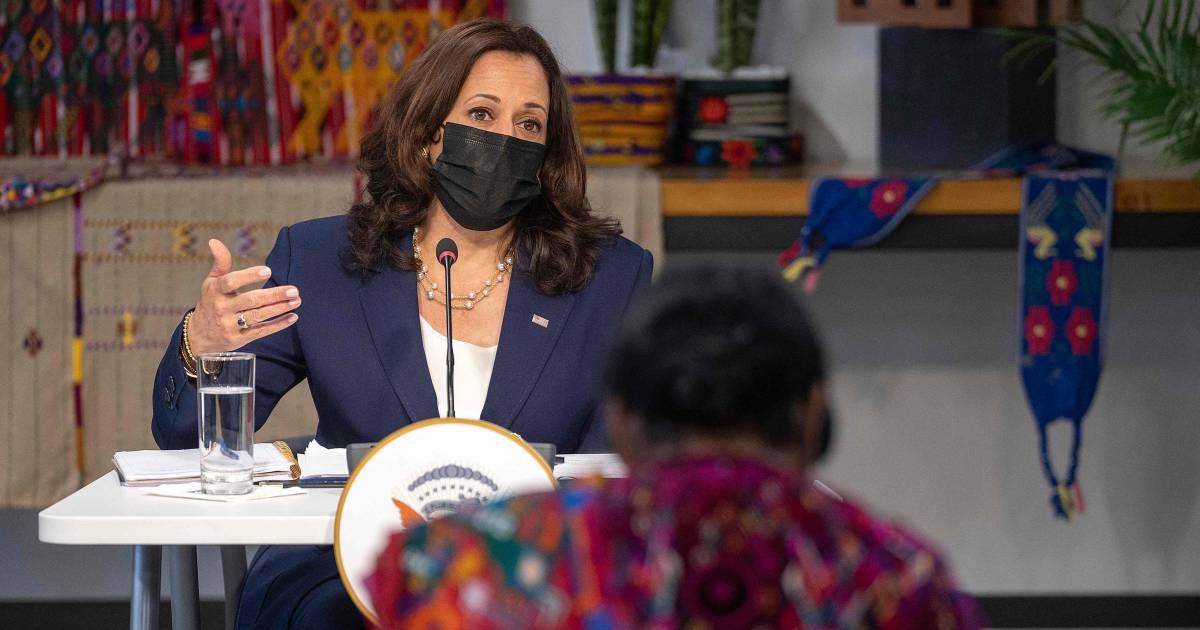 U.S. Vice President Kamala Harris has urged immigrants not to travel to the United States. He did this during his first international mission trip to Guatemala. Harris hopes they will not settle if living conditions improve in their country.

Harris warns that immigrants on the U.S. border will be deported. “Don’t come,” he said during a news conference with Guatemalan President Alejandro Giamate. They also discussed illegal immigration from Central America to the United States and the fight against corruption.

“People don’t want to leave their homes,” both agree, Harris said. The United States wants Guatemala, El Salvador and Honduras to take further action against corruption so that the living conditions of the population improve, so fewer people move to another country. According to Harris, “People need to get a sense of where the help is coming from.”

Attempts to make life more attractive in their country are being undermined by corruption scams. Harris said there will be a U.S. task force to help local lawyers punish those who commit corruption in Central America.

At the end of March, Harris took charge of the Immigration Cup surrounding the arrival of illegal immigrants from Central America. Since the departure of President Donald Trump, more and more immigrants have returned to the United States. Trump’s drastic migration policy is being reformed by current President Joe Biden.