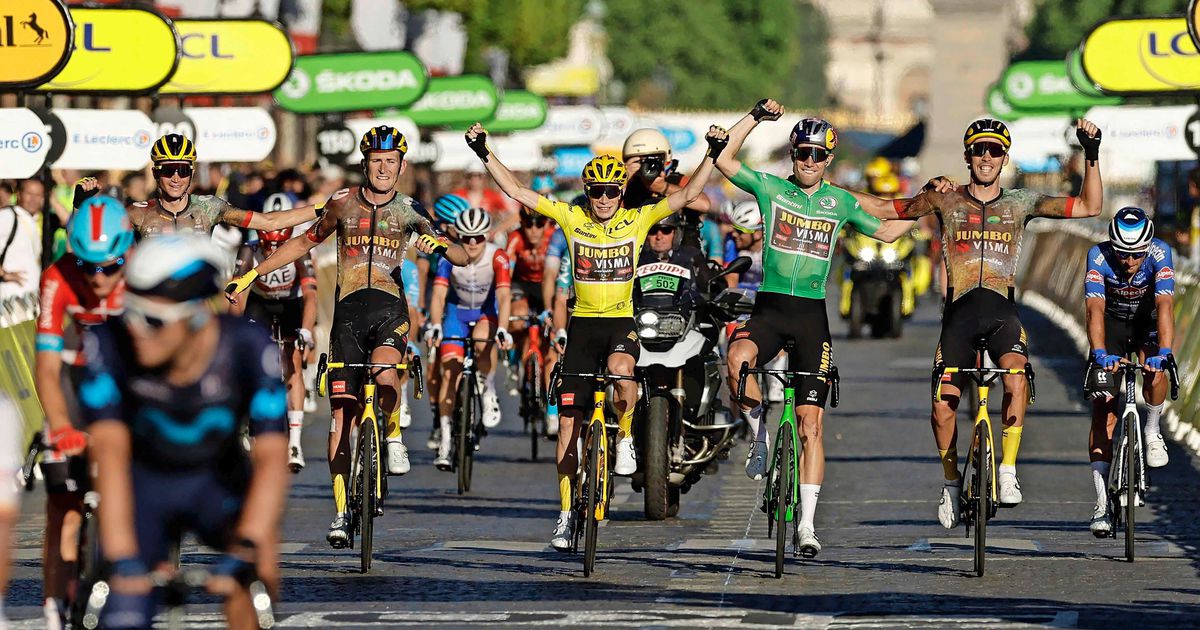 Where the start of the last stage is usually quiet, this time the “Big Three” attacked on this lap Wout van Aert, Jonas Vingegaard and Tadej Pogacar as a joke. The trio quickly got a 50-second lead, but then let themselves fall at the same pace, after which the traditional walking pace was used.

After two “boring” hours, the attack set off at the first pass of the line. Groups of fugitives did not get much margin, while a large number of speed riders moved. For a long time there was a group leading the way, including Daniel Martinez, Stefan Bisegger and Jan Tratnik, but they only got ten seconds back.

When that group was caught, the five of them took off and took the lead together. The peloton had a lot of trouble getting them back, but seven kilometers from the finish, it was time. At the time, the green jersey holder Van Art was still at the back of the group.

At that moment Pogacar attacked again. He brought Filippo Gana with him, but Peloton did not flinch. After that, Philipsen turned out to be the strongest in the race ahead of Dylan Groenewegen and Alexander Kristoff.