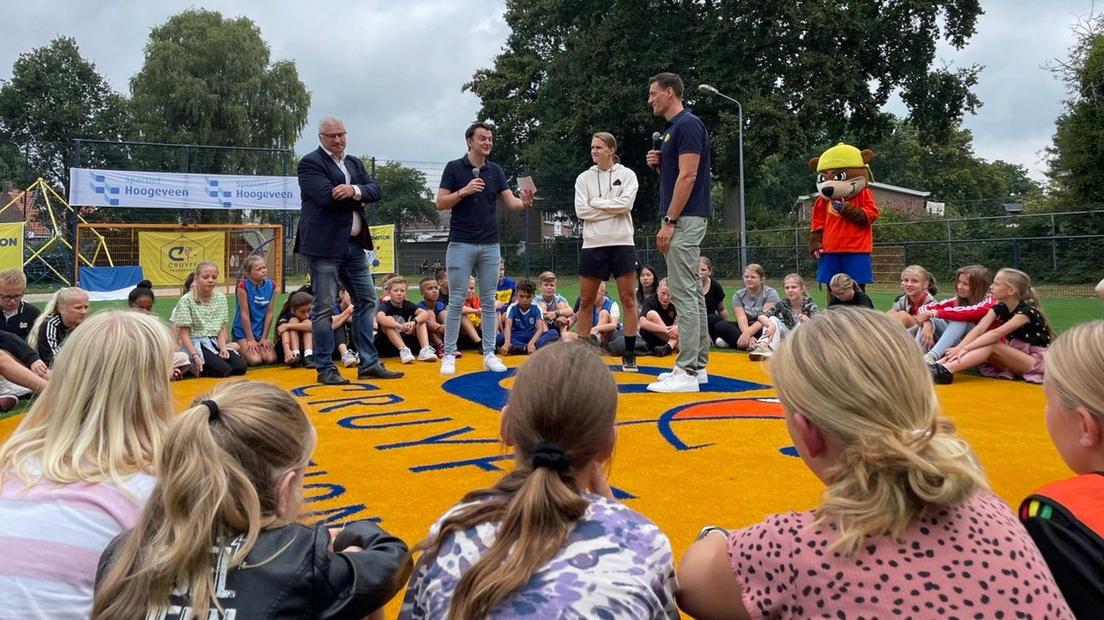 Vivian Miedema played as a youth for Hoogwein clubs HZVV and VV de Wiede, before ending up at Arsenal via sc Heerenveen and Bayern Munich. The 27-year-old Hoogeveense is the top scorer for the Netherlands national team. Last night Meedema seemed to travel to Hoogwein with a sporty hangover. A World Cup qualifier against Iceland was a must-win, but Miedema and the rest of the Orange girls failed to score. The injury-time free-goal means Miedema can prepare for next year’s World Cup in Australia and New Zealand with the Netherlands.

“It was a strange game,” Miedema looks back with pride, but it was a short night for the attackers. “It’s been four hours, but I’m happy to be here with all the children. When I was young, I was outside. In fact, my mother dragged me to eat. I want to give advice. And so are the children. I think it’s more fun to play outside with friends, and you need that when you’re young.” And will this field contribute to new players for Orange? “I hope so,” laughs Mitema. Not only girls but boys should play football here. It would be great if Orange had a new striker from Hookwein. .”

Check out pictures of the opening below: