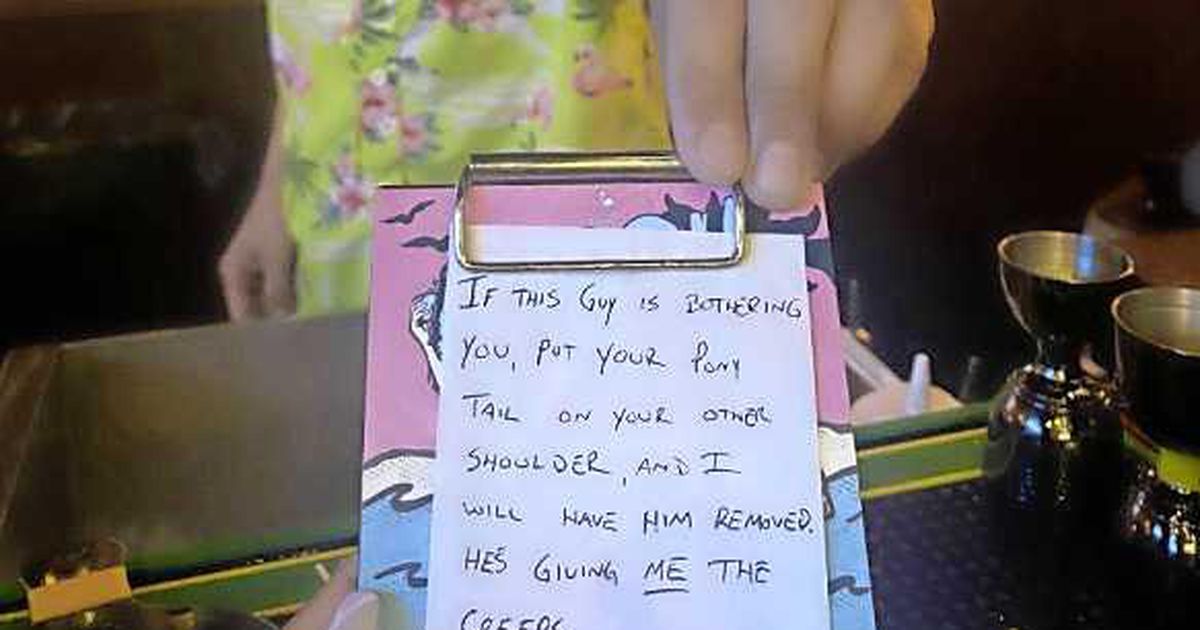 Barrender Max Gutierrez’ move went viral last week after a grateful woman shared on Twitter how he helped her and her friend break out of the unwanted crawl space, the New York Post reported.

After the tough customer approached the women in an urgency a few times, the waiter handed Trinity Allie a note that looked like he was handing her the bill. “If this guy bothers you, put the ponytail on your other shoulder. Then I will kick him out. This guy is crawling for me,” the note read.

“This guy was harassing me and my girlfriend and waiter gave me this note and pretended to be the bill! He really is the kind of waiter everyone needs,” Happy tweeted Ally.

Following up on the story, the woman posted on Twitter that Gutierrez yelled, “You’ve got to pet these girls who obviously don’t have any interest,” after which he kicked the guy out of the bar.

She also explained that brave waiter Gutierrez poses for the photo after the incident and not while she was being harassed. The tweet has been liked over 200,000 times. Not all heroes wear caps. “Some of them wear Hawaiian shirts,” a woman commented below.

Gutierrez himself reported that the annoying customer later returned to the bar for a beer, but refused to serve it to him.