“We are asking for help from the people of Bergen” 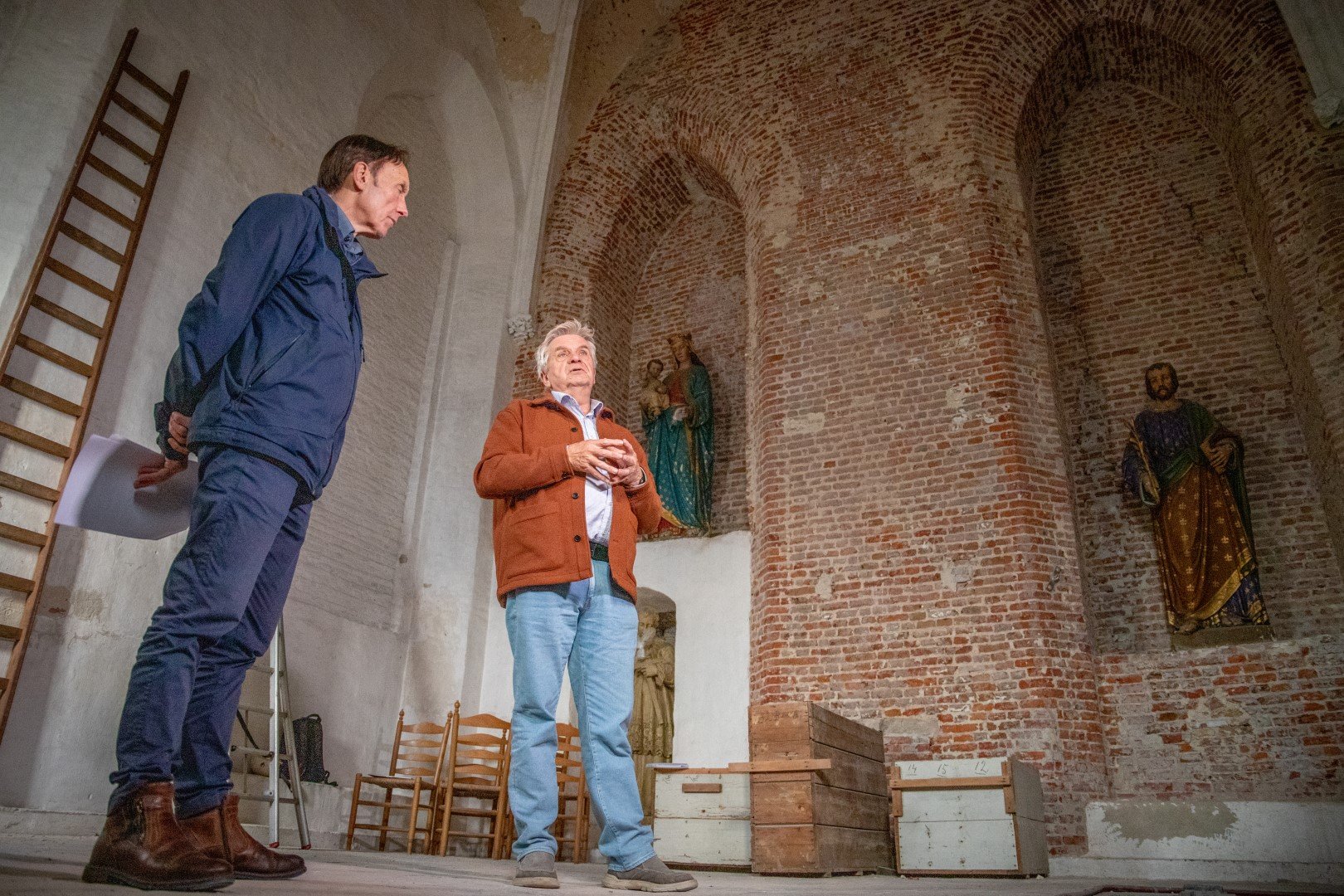 Our Peperbuske, you can’t take a tour of Bergen op Zoom without seeing it. But did you know there’s also something special about halfway up the tower? Now there is a plan to convert this space, the tower room, into a site for the visitor.

“De Peperbus is more than just a church tower,” according to Tom van Eckelen of Gradatus, the name of the working group that came up with the plan. The idea initiative comes from SBM, the Vastenavond Foundation, Gertrudis Cultuurstichting and Onze Lieve Vrouwe Parish. “This place is in the hearts of the people of Bergen. That’s why we’re asking residents to help through crowdfunding.”

The tower room at Peperbus has been abandoned for years. It was used for storage, but has since been erased. You’ll find a number of ancient statues and vaults, but nothing else (yet). Shame, according to Tom and the other initiators. “For many people, climbing 183 steps is stressful. The tower room is a nice place to rest for a while. A place to soak up what the tower has – and still is – for Bergen residents and beyond. But it’s also a great place to let visitors experience something special.”

Read more about the plan after the photo>

Attend a presentation or class on the history of Bergen op Zoom Education. This is what Gradatos would like to realize in the tower room. “It will be a multifunctional space where there is plenty to see and experience. There will also be a small theater where intimate music or other readings can be given.”

In short, the Tower Room will soon revolve around four themes: Three-Suites, Architecture (Keldermans’ Family), Sacred Images, and Physicist Snellius. The latter used Peperbus in the fifteenth century to calculate the circumference of the Earth.

Although the working group wants to conserve space as much as possible, the plan still includes the necessary costs. The budget for renovation and furnishing is 70,000 euros. “A large part of this is funded with the help of grants,” Tom says. But we will not get there with support alone. We are less than 20,000 euros. We are asking for help from the people of Bergen.” That is why they started a file Crowdfunding on Voordekunst . platform to collect the remaining amount.

Gradatus would like to give something in return for a donation. “Consider playing the organ together, sending an order number. Or experiencing a crow falling from a height.” The crowdfunding will run for six weeks. If the necessary €20,000 is raised, the working group hopes to be able to start work on the Tower Room in January 2023. If successful, the space will open next summer.