‘Weak elderly are at high risk of dying in hospital’ 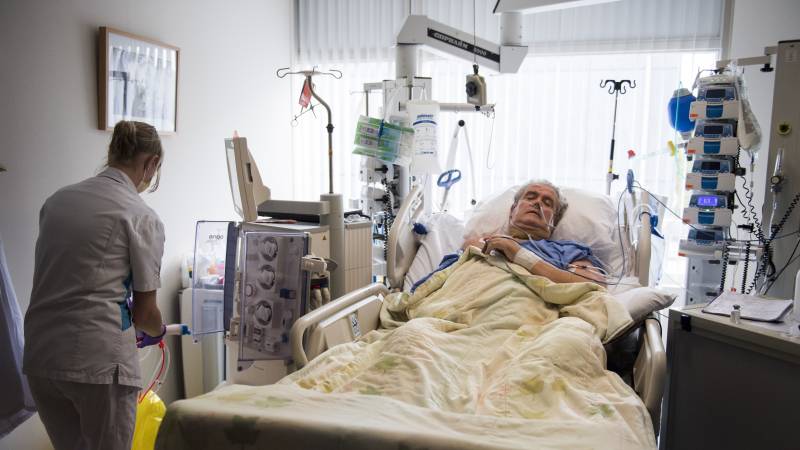 Due to the aging population, the elderly who are prone to complex disease are becoming the most common patient in hospitals.

“Thanks in part to the security management system, you can say that ‘low hanging fruit’ has been taken, resulting in a significant reduction in preventable deaths,” says Wagner. “But with this population growth, we need to take additional steps to improve patient safety as much as we can.”

One of the recommendations made by NIVEL is to strengthen the ‘signal function’ of nurses. After all, they are the eyes and ears of doctors. With extra training, they can quickly identify the symptoms of infection, sepsis, bleeding complications and pneumonia after suffocation.

Esther Cornegé is a medical geriatrician at the Jeroen Bosch Hospital in Den Bosch, specializing in treating the elderly and president of the NVKG Professional Association. He acknowledges that additional training is needed to better understand the diseases of the elderly.

“The elderly often have different symptoms than we are used to. They often have a lower body temperature, and there is not always a fever during infections like pneumonia, but a low temperature or confusion. If you do not know it, you may miss the signals that an infection is going on for a long time.”

According to Cornegé, not only nurses but also physicians need to receive additional training. “Recently, geriatric components have been included as standard in training for basic physicians. But, for example, it is not yet in continuous training for surgeons or pulmonologists. They have now included this in their training program.

Another important NIVEL recommendation is that hospitals allow more time and space for group consultations with health care providers. As the elderly have many conditions, many medical professionals will be involved. Treatment of stage A can actually worsen condition B and, conversely, tight coordination among specialists can prevent unnecessary complications.

In addition, Carnage points out that improving patient safety largely depends on the size of the staff. There has been a shortage of nurses for years. “It would be nice if nurses could signal better in the future. However, if they have to monitor multiple patients at once, the signals are still likely to be missed.”