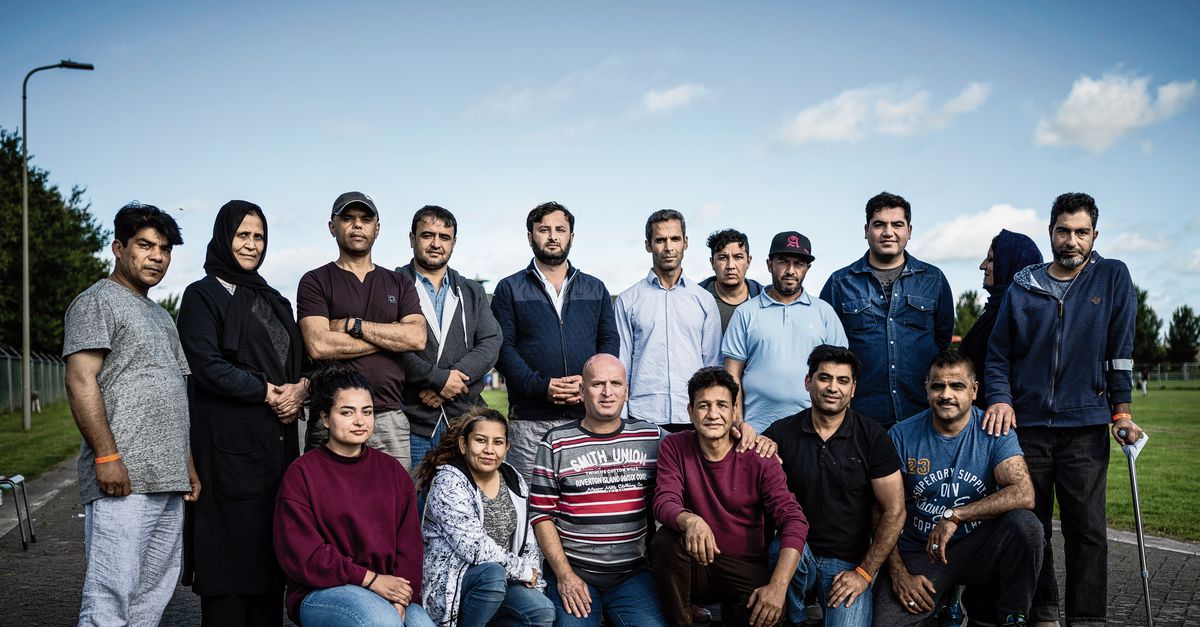 Suddenly the emergency shelter was filled up again. About 1,100 refugees are now accommodated in five locations. Pictures of the full emergency shelter evoke memories of 2015, when thousands of Syrians came to the Netherlands. But where the Syrian refugees came to Holland overland as “normal” citizens at the time, the Afghans were brought here by plane because they were in additional danger because of their work for the Dutch government. What awaits them?

The IND has sent special teams to the various reception centers to evaluate the applications “on the spot”. The teams include experts with experience in implementing the so-called “interpreter scheme” from 2019: Afghan translators who have worked in the Netherlands have since obtained a residence permit. Initially, the government did not want to extend this arrangement.

But last week, the House of Representatives adopted a proposal put forward by D66 MP Salima Belhaj, who urged that the scheme be expanded to “individuals who worked in the Dutch mission”, which also includes, for example, guards, cooks, drivers and journalists. Of the coalition, only the VVD voted against this proposal.

The Cabinet promised to implement the proposal “in letter and spirit.” Kaag and Brookers-Knoll wrote in a letter to Parliament that Afghans “who have been appointed for a long time by the Netherlands or who have a contract with the Netherlands” will be treated like interpreters. A spokesperson for Justice and Security said they would receive a “regular temporary residence permit”. It has not yet been decided who falls under the category of ‘long-term employees by the Netherlands’.

Evacuees who do not belong to this category are considered to be part of a ‘risk group’. They receive an individual assessment by the IND. So far, Afghans have had a relatively low chance of being granted asylum: in recent years, 66 percent of their applications have been rejected. It is not yet clear whether this will continue to be the case. A J&V spokesperson said the asylum policy in Afghanistan will be reassessed in September.

Anyone who does not receive asylum will not be immediately returned. For at least the next six months, the Cabinet announced a “decision and postponement of departure”, which means that asylum seekers who have exhausted all legal remedies cannot now be deported.

Compared to other countries, the Netherlands has been late in extending the interpretation scheme. Canada, for example, already announced on July 23 that Afghans who have helped the Canadian government, such as cleaners, cooks and security guards, can come to Canada with their partners and grandchildren.

The United States also made a special arrangement at the end of July. Since 2014, Special Immigrant Visas (SIVs) have been set up for US military interpreters who are at risk because of their duties. On July 30, the category was expanded, distributing another 8,000 SIVs. Afghans who do not qualify for a SIV but are at risk of persecution in Afghanistan, such as journalists and NGO staff, are allowed to register as refugees. Afghans who wish to apply for a SIV must do so outside the United States. Afghans in many countries, from Mexico to Uganda, are waiting for their applications to be processed. US policy differs from that of the Netherlands, which processes applications on its soil.

Read also the story of a number of Afghan embassy staff in Kabul who are now in the Netherlands: “I feel safe again, but we lost our country.”

The UK had already put in place a program at the end of last year for Afghans who had worked with the British and were therefore at risk. Together with any partner and minor children, they can obtain a residence permit for five years, with the option to apply for a permanent residence permit after that.

In Germany too, there was a scheme for a long time for anyone who helped the German army, the German police or a related organization. These Afghans, along with their families, have been entitled to reside in Germany since 2013. This varies from interpreters and cleaners to truck drivers. Residence permits are valid for three years – if the risk persists, they can be extended.

In practice, it was often difficult to get a visa quickly and collect all the necessary papers. That is why there is criticism now that the German government has not been more lenient on this and previously used “charter flights” for “local forces– Then they could arrange the papers when they arrived in Germany.

The South Korean government calls the Afghans who helped it not refugees, but “special people”. The four hundred Afghans will receive a short-term visa and may convert it to a long-term visa if desired. With the special term for this group of Afghans, the government hopes to favor a population that is usually skeptical about immigration.

See also  Will Europe's climate frontrunner put the rest of the world on guard?

In collaboration with Bas Blokker and Nynke van Verschuer

A version of this article also appeared on NRC on the morning of August 31, 2021