What does the G7 agreement mean for the Dutch treasury? 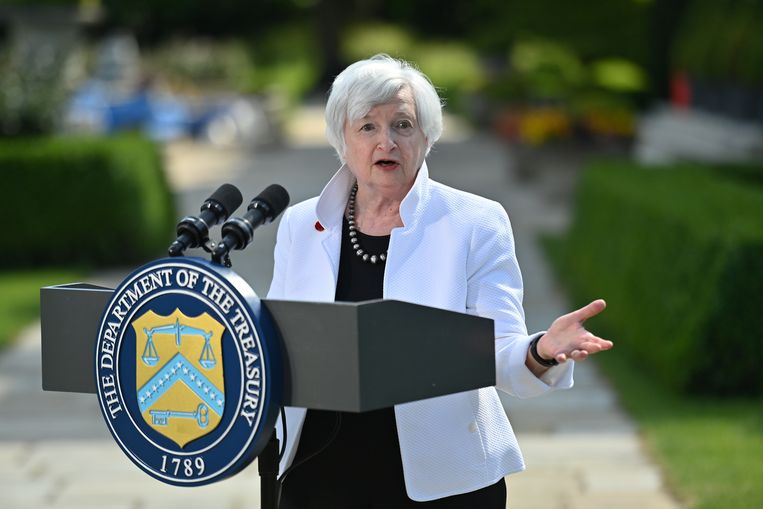 If the agreement signed by seven wealthy nations last weekend to curb tax evasion is “pioneering” and “historic,” what will the Netherlands notice? Will more tax money flow into the state treasury in the near future? Or are all of our majors like Shell and ASML fleeing to tax havens like the Bahamas, who might not want to participate in the global bottom line?

Last Saturday, the G7 (with countries like the United States, Japan and Germany) rallied behind a minimum income tax rate of 15 percent. At the same time, the G7 wants companies to pay taxes in the countries where they make their profits, not just in the country where they are headquartered. So it comes down to two components: more tax payments (via this lower rate) and redistribution between countries.

Next month, a larger group of countries will have to sign it, a precursor to reaching agreements around the world. It remains to be seen whether this weekend’s deals will remain individual. One thing is clear: it is precisely these two components that make it difficult to determine whether the Dutch treasury will grow or shrink as a result. There are relatively several main offices here: oil company Shell, paint giant AkzoNobel and chip maker ASML. Such large companies often deposit part of their profits in countries with low taxes, for example: the Cayman Islands or Bermuda.

If a lower rate is implemented soon, they will not get away with it anymore, even if the Cayman Islands or Bermuda did not want to participate in the global treaty. If a multinational with a Dutch head office deposits its dividends in those countries, the Dutch tax authorities will impose an additional tax until the multinational continues to pay 15% dividend tax. So for the Dutch state. Then it no longer pays to move to tax havens, even if those havens leave their prices the same.

Since there are several head offices here, the new treaty appears profitable for the Netherlands, a country that is not in the best position internationally when it comes to tax evasion. Last week, the EU Tax Observatory, led by Professor Gabriel Zucman, published a study that estimated the Netherlands could expect around 900 million extra euros per year with the new minimum rate.

Not many Dutch consumers

Then that second aspect of the treaty, the redistribution of tax money. As a result, the additional tax that multinational corporations have to pay here partly flows to the countries where the turnover is reserved. There are not many consumers in the Netherlands. Much of the tax pie will then go to countries like the US, where a lot of people drive (shell) or draw (aczonobil) or need ASML chips.

So Partjan Zoetmolder, president of the Dutch Association of Tax Advisers, thinks revenue will be “very limited” at most. Will the business climate change, according to him? “I think few. Companies don’t have many reasons to leave because of the lower rate. After all, our dividend tax rate is already 25 per cent, higher than the new minimum.” According to him, a country like Ireland should be more concerned, which Multinational companies attract at a low rate of 12.5 per cent. “They’re going to lose that game soon.”

Arnold Merkies of Tax Justice NL also finds it difficult to determine how the latest agreements might turn out to be in the Netherlands. Merkies finds it particularly complicated, because the details of how the related earnings in companies are calculated are not yet clear. “Next to that, we also want to be able to monitor whether companies are complying with it as well,” he says. According to him, there is still a lack of transparency. “It is only when we understand what companies are actually paying in each country that we can see the impact it will have,” he says.