“When I really had to choose, Orange wanted me all of a sudden” 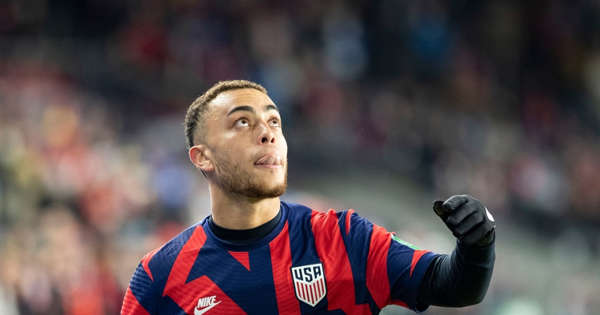 © ProShots
Destination: “When I really had to choose, Orange suddenly wanted”

Serginio Dest looked back at his choice of the United States and yet rejected an international career with Orange. The 21-year-old right-back notes that KNVB’s affinity came too late.

Dest made his US international debut in 2019. It was a reward for his stormy breakout at Ajax, which also brought him into the photo with KNVB and national coach Ronald Koeman. However, the United States Football Association’s story was decisive for the nineteen-year-old right-back.

“Because I grew up in Holland, I didn’t really think about the US but about the Dutch national team, but they didn’t want me, so my parents and I were like: You have an American passport, so you can play. Then I thought: If possible, I’d like to try itDest told ESPN.

As a result, as a talented youngster at Ajax, Dest played several international matches as a youth international for the United States. The call from KNVB came very late. When I really had to choose, they suddenly wanted me to join the Dutch national team. Then I was like: You had all the time in the world and now you want me.

Dest has now played 17 caps for the United States and plays for Barcelona. Brilliance in the Qatar World Cup is the biggest goal for him and his international colleagues. Currently second in the CONCACAF Qualifiers, Team USA is on track to qualify after painfully missing the World Cup in Russia.