Where 18th-century navigators saw icebergs, we still see them 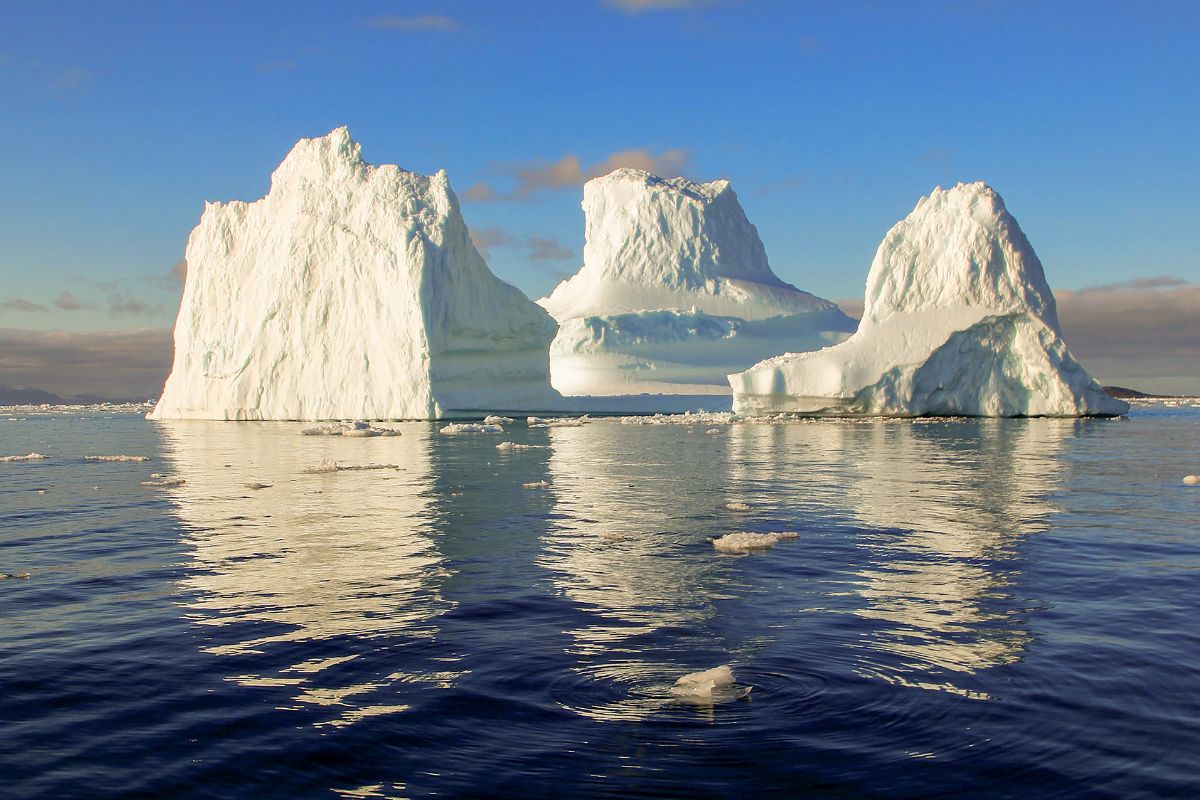 There is nothing new under the sun. The same is true of the glaciers near Antarctica, a well-known adage. After all, their position has not changed since the eighteenth century.

The researchers write this by comparing the glacier observations of the legendary Captain James Cook (see box) with two modern datasets that detail where Antarctic glaciers are today. Their findings can be read in the journal Journal of Clasticology.

James Cook was a British navigator who had many voyages of discovery to his name. For example, between 1768 and 1771 he explored the east coast of Australia and confirmed the existence of a strait between Australia and New Guinea. In 1772 he set sail in search of Terra Australis; A continent thought to be somewhere in the South Pacific Ocean, extending to at least mid-latitudes. The purpose of this mission was to circumnavigate the Earth as far south as possible. During this voyage he may have crossed the Antarctic Circle for the first time, and he had to conclude that a possible southern continent was covered by sea ice and therefore could not have a temperate climate. And with that, Terra Australis was off track. During this voyage Cook visited Easter Island and discovered New Caledonia, South Georgia and the South Sandwich Islands. Following another voyage in 1776 he found the Cook Islands and Hawaii (eventually dying in 1779 during a conflict with the natives).

Notes
For this study of Antarctic glaciers, the researchers drew on notes made by Cook during his second voyage (between 1772 and 1775). During this journey, Cook described – very accurately – the condition of hundreds of glaciers encountered along the way. “Cook took good notes,” said researcher David Long. “But they’re not perfect. They’re actually diary entries. Sometimes he didn’t write for days. Sometimes he wrote that he saw a lot of ice on the sea. I wish it was a little better, but on the other hand, it’s already very unique.

Similarities
For the study, researcher Seeley dug through Martin Cook’s diary and looked for any mention of glaciers and their condition. Then, using modern datasets, Long, Martin and colleagues looked at where we can find Antarctic ice sheets today and compared those modern conditions to those reported by Cook. Then there seems to be some difference between them. “Where they (Cook and colleagues, ed.) saw glaciers, we now see glaciers,” says Long. “Where they don’t see them, we don’t see them now.”

As per expectations
It’s a result that’s somewhat consistent with expectations, Martin explains Scientias.nl from. “I am not surprised that Cook found glaciers in places like we see them now for the following reasons. First, you would expect glaciers and glaciers to have formed glaciers now. In addition, the ocean currents and winds that determine its distribution – mainly the Weddell Gyre (a gyre is an annular ocean current, ed.) and the Antarctic Circumpolar Current – which you’d expect were also present at that time, and that way you’d get the same distribution of glaciers.

Before training
Given global warming, you might expect Cook’s observations to be quite different from what we see today. But the researchers point out that the databases they used to compare Cook’s notes mainly track the state of slightly larger glaciers. Those larger glaciers are less susceptible to high temperatures. So you won’t see the effects of climate change as soon.

The value of a diary
However, when it comes to the great Antarctic glaciers, it is still fascinating that little has changed in the past 300 years. “This is the first time – to my knowledge – that a glacier database based on satellite observations has been compared with pre-modern data,” Long says. “I’ve always been proud that my (modern, ed.) database goes back decades, but here we go back centuries. I think it reminds us that it’s good to keep a diary; you never know how it might come in handy in the future.”

Halley, Bouvet and Rio
In addition to Cook’s notes, the researchers also used the observations of Edmond Halley (dated 1700), Lozier Bouvet (1739) and Édouard Riou (1789). And their observations (about 5 percent of the historical dataset) are in line with what we see today. “The old data we have from these scouts may not have been very good, but they were good enough,” Long said.

Combined with modern satellite data, the old data yields many interesting results. “At first, of course, a comparison between glaciers at that time would not yield significant differences,” says Martin. “So ocean currents, wind and glacier calving are more or less the same.” In addition, this study is also a reference to Cook, who provided approximately 95 percent of the historical data used in this study. He had no satellites, but having a very expensive watch and a sextant, he could note with great precision where he saw the glaciers. Seeley says that’s one of the many skills that made him a great navigator. Cook deserves additional credit for his use of glaciers as sources of fresh water, his strenuous efforts to keep the settlement clean and disease-free, and his early efforts to eradicate scurvy. Compared to other explorers, he was a genius and his second voyage of discovery was a great achievement.