Who would do such a thing? Belgian road workers demand respect | abroad 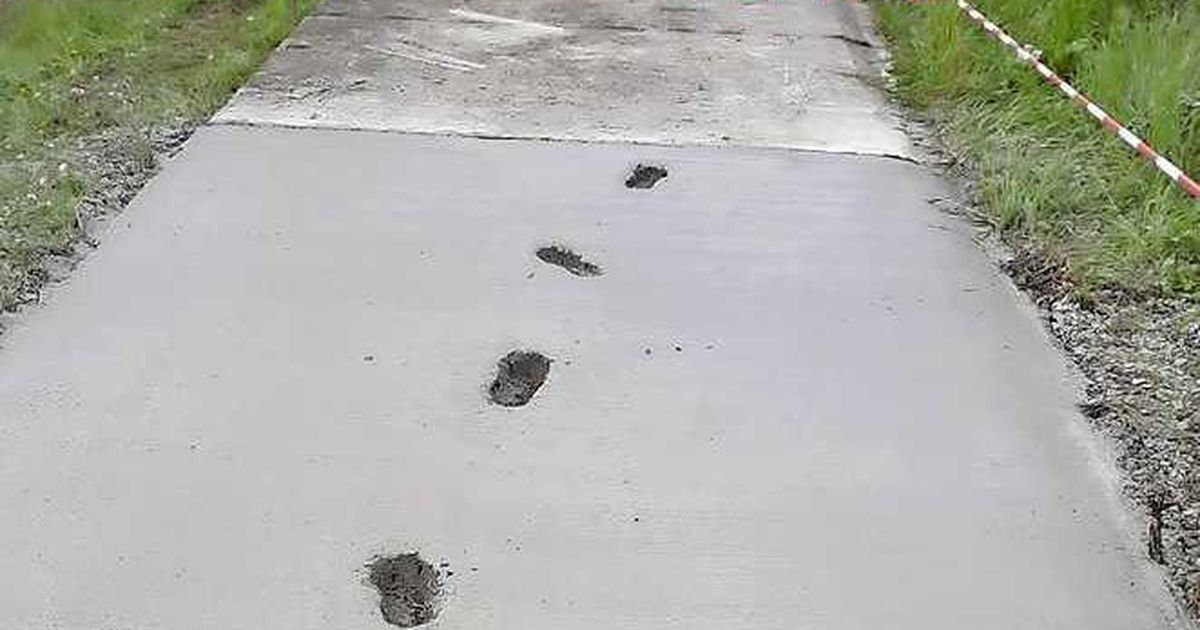 A few weeks ago, road workers at the Road and Traffic Agency had just dumped a new extension of the bike path on the R4 in Ghent, or it was already a prize. Het Nieuwsblad wrote, “ The Lame Gentle, ” Flemish For Fun, he left behind deep steps through freshly cast concrete.

It was the umpteenth time that road workers had to deal with vandalism, aggression, or absurd jokes. The scale is full for roads and traffic. A picture was posted on social media on Wednesday to demand some respect.

“For the site in question, on the R4 bike path in early May, we put a barrier early,” said spokesperson Geoff Schoenmackers. He pointed to the action and indicated the transfer via the other side of the R4. Anyone who has passed this should ignore it. “

The course track segment has been restored, but it is not an isolated case. At the Motorstraat shipyard in Sint-Amandsberg last month, many people informally ignored the isolation measures.

“And while working in full swing.“ The cordon was destroyed and some of our people were threatened or abused when they confronted people about their behavior. ”Roads and traffic require more respect, says Schönmakers.