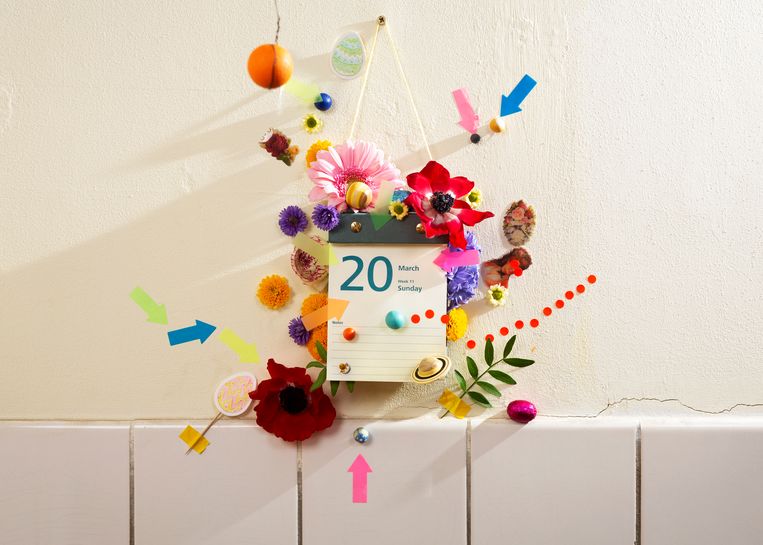 Didn’t we learn in school that spring that begins on March 21? However, spring will begin next Sunday, March 20, at 3 and 4 in the afternoon. Are the seasons changing? Yes, if you look at nature, it seems that spring begins earlier and earlier. But this is a result of climate change and has nothing to do with astronomical seasons. So don’t worry: you don’t have to worry that the onset of spring will fall somewhere in February in the future.

In fact, our calendar fully corresponds to the changing position of the Earth in relation to the Sun. The seasons come because the Earth is a bit “unbalanced” (just like the globe in a classroom or in a stationery store window), and when the sun moves from south to north over the equator once a year, it marks the official start of astronomical spring.

A year (officially called a tropical year) is the period between two successive passes of the sun during the vernal equinox. That moment is called the vernal equinox, which means something like “equal night”: around the beginning of spring, the length of day and night are equal everywhere on Earth. This vernal equinox always falls in the second half of March. But why do you used to be so often on the 21st and nowadays always on the 20th? Will that be okay again?

Then you expect the vernal equinox in 2020 to fall on March 21, somewhere at the beginning of the day. But 2020 was a leap year, with an extra day at the end of February. As a result, spring began again that year on March 20th, at 4:49 AM. Since our calendar has such a leap day every four years (in years divisible by 4), the beginning of spring moves forward about six hours for three consecutive years, and moves back about eighteen hours in the fourth year. To jump.

If the Earth’s orbital period is exactly 365.25 days, then one leap day in four years would fit perfectly into the calendar to align with the Sun. But the actual tropical period is slightly shorter, so that the vernal equinox continues to show a very gradual shift over the decades.

In order to correct this also, it was agreed that century years, like the year 2100, are not leap years, even if they are divisible by 4. As a result, the beginning of spring in 2100 jumps forward simply six hours instead of eighteen hours forward. . Backwards (net a full day difference), the vernal equinox of the 22nd century returns regularly again on March 21 – the first since 2011.

With the year 2000 there was something special going on. Century years are not actually leap years, unless they are divisible by 400. So 2000 was actually a leap year. That leap forward from the vernal equinox we see around the year 2100 wasn’t there at the turn of the century. As a result, the beginning of spring of 2048 sometimes falls on March 19!

All these complex rules are necessary to keep our Gregorian calendar (named after Pope Gregory XIII, who introduced it at the end of the 16th century) in line with the Sun as closely as possible. With the older Julian calendar, this was not entirely true. Over the centuries, the difference increased to at least ten days, so that the classes began “too early.”

The Gregorian calendar was the brainchild of German mathematician Christoph Clavius, but was officially introduced by the papal authority in 1582. In order to correct this ten-day error, October 4, 1582 immediately followed October 15, 1582. By the way, not all countries participated in The Fur: England only switched to the Gregorian calendar in 1752; Russia in 1918 and Greece in 1923.

What about the start dates of the other seasons? These also, of course, show such a shift with three steps forward and one leap back, just like the vernal equinox. Summer usually begins on June 21, but sometimes on the 20. The autumnal equinox falls on September 22 or 23 and the onset of winter falls on December 21 or 22. All thanks to the fact that the year does not have a whole number of days.

Meteorologists have found a working solution to all these complex astronomical implications. The meteorological seasons simply coincide with the months of the year: the meteorological spring began already on March 1 and lasts until May 31. very easy.

See also  Is climate change the cause of heavy rainfall? Scientifically there is a very clear link.