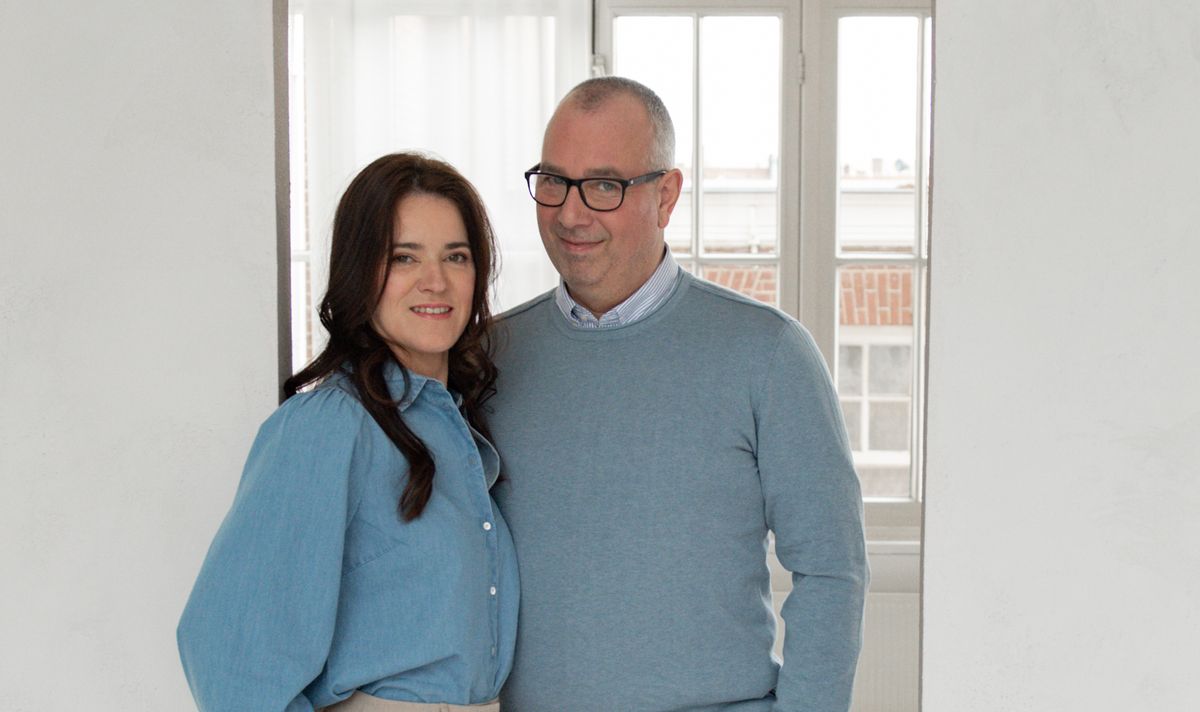 Marlies van Dongen (46) lost her husband and father of two children. Two years ago he boldly approached his childhood sweetheart Royal Westra (46). The love they felt as 13-year-olds is still there. Now they are creating a family with their children.

“I was 38 when my husband Jeroen died after a five-month illness. I am left with two children. ‘I wish you and the children someone good. But not too soon,” he said. At first I wasn’t open to it. I first had to learn to trust life again.

I traveled through New Zealand with my children and many beautiful, chance encounters gave me hope again. I learned to trust my instincts more. When the kids started elementary school, I sought help, including therapy.

‘You have to learn to trust life again’

“My job was to create visuals for brands. I also started doing it for my own life; if I could write my story, what would it look like, how would I like to feel? It brought a lot of positive changes in my life.

Two years ago Roel suddenly flashed into my mind – my boyfriend since I was thirteen. What will he look like? He followed me on social media where I sometimes shared about my life. So he knew. I don’t know what his life was like, but after thirty years I decided to send him a message.

When I opened my email two days later, it contained a long letter. He later told me, “I haven’t opened your message yet and I already feel so much love.” After we’d been texting each other for a month, I wanted to meet him to find out if it was more than nostalgia, so I went to his house in Rosenthal. We talked and that click was still there.

‘Thirty years later, I decided to send him a message’

“When I was ready, he came to me and gave me a kiss. Then I knew. I felt energy and fire and everything fell into place. We went for a walk and passed a castle and an orangery a stone’s throw from his house. My vision was a castle with big trees and an orangery. Being on the board gave me goosebumps.It was like a dream come true.

Now I live with him with my children. Royal is a true father to my children. Opening up to love again was challenging, but I was ready. I felt connected to myself and it gave me strength.