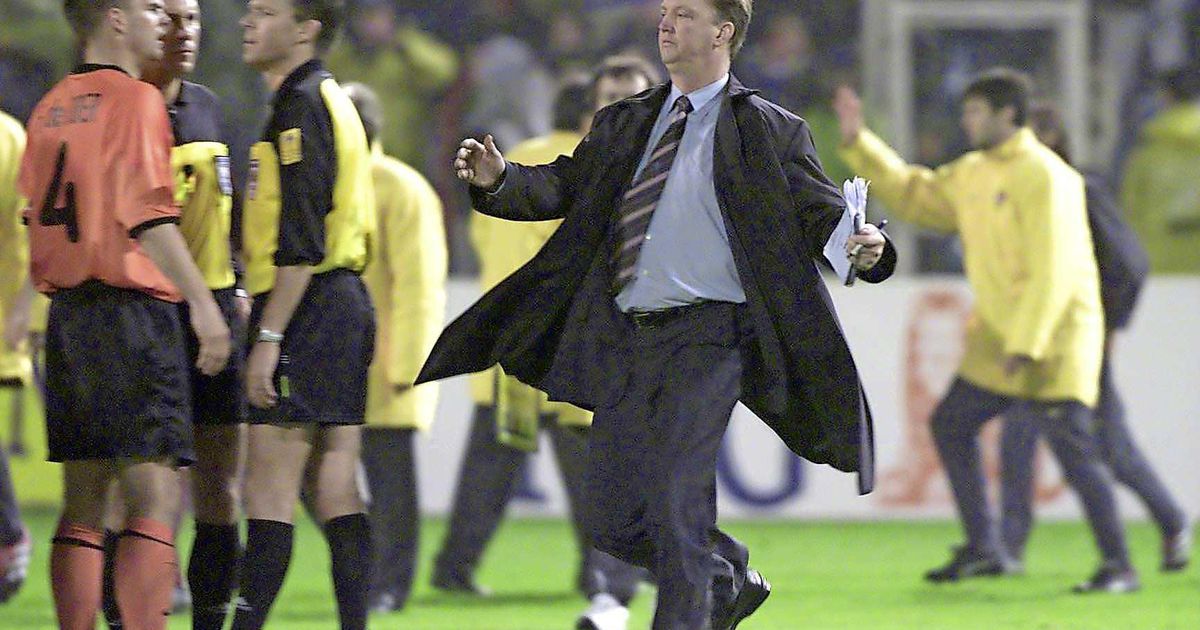 Losing a 2-0 lead in the final 10 minutes of an international match, as the orange did against Montenegro in Podgorica, is rare for the Dutch national team, but it has happened before. Also after that, Van Gaal was on the bench as the national coach. In March 2001, after a false start to the 2002 World Cup qualifiers (due to a draw with Ireland at ArenA and defeat against Portugal at De Kuip), the Orange team appeared to return to the race with a 2-0 lead ahead of time in and against Portugal. A late call-in goal by Pauleta and a penalty kick by Frank de Boer used by Luis Figo brought Portugal to the side, in part because of this, the orange would miss the World Cup. The Netherlands finished third in the qualifying group behind Portugal and Ireland and Van Gaal resigned.

Van Gaal has always mentioned the failed first period as a national coach as the biggest disappointment of his career and in 2012-2014 he managed to take revenge by finishing third with Orange in the World Cup in Brazil. With the defeat to Norway and the Turks winning over Montenegro, history was repeating itself, and Van Gaal was also saying goodbye to the national coach after his failed first spell as national coach.

Incidentally, a look at the history books also shows that Orange hasn’t lost in its native Norway for seventy years. The last time this happened, on June 6, 1951, Van Gaal, from August 8, 1951, had not yet been born. In front of 65,000 fans in De Koep, the Norwegians won a 3-2 international friendly match. The Dutch goals were scored by Nod van Melis and Abe Linstra.