William and Kate must stop the Scottish call for independence 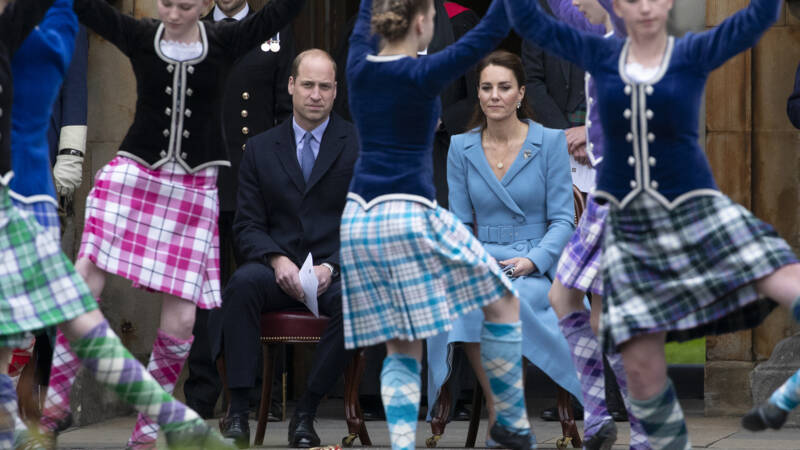 Britain’s Prince William and his wife Kate may be deployed to fend off the Scottish independence movement. There are plans to allow them to spend more time in Scotland, writes Sunday times. “They should not appear as guests, but as residents.”

The plan drawn up by royal family advisors is prompted by calls in Scotland for a new independence referendum. In 2014, the Scots still chose to stay with the UK, but after its recent election victory, Prime Minister Sturgeon called a new referendum several times.

Advisers surrounding Buckingham Palace fear that politicians in London are losing their grip on Scotland. That’s why they want to use William and Kate as “visual symbols of the links between England and Scotland”.

A source told the newspaper that the family should spend more time at Balmoral Castle, the summer residence of the royal family in Scotland. “They should also benefit from their association with St Andrews.” William and Kate met in that city at university.

During a recent tour by the couple through Scotland, William actually confirmed his relationship with Scotland. He said, “I am here formed.” He also described Scotland as “champagne, friendly, innovative and persistent”.