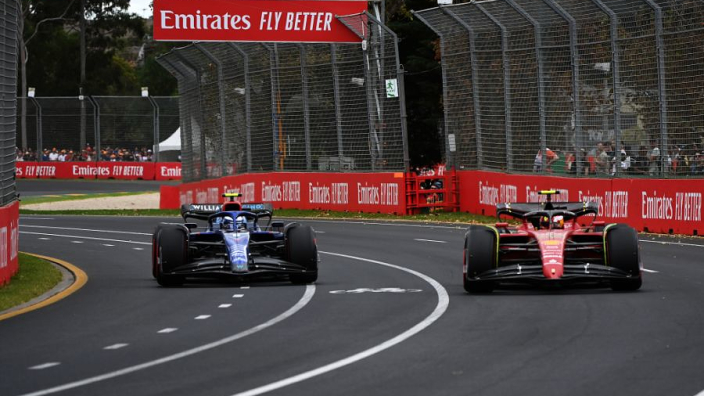 Following in the footsteps of teams such as the Aston Martin and McLaren, the Williams team has also chosen to significantly reduce weight from its own car. The British racing standard, like competition, began to remove paints from FW44 to retain weight.

The weight of cars is a well-known issue this season. As many of the newer cars suffer from ‘overweight’, options are being sought in all sorts of ways to reduce the weight of the car. One of the most notable ways we have seen in recent weeks is removing paint from cars. For example, the Aston Martin paint came out 350g lighter after it was removed.

Following in the footsteps of Aston Martin and McLaren, the Williams team has now chosen a significant solution, said Dave Robson, Williams’ executive chairman. “We always aim for the lightest car possible. I don’t know if it was very clear, but the livery has changed a bit,” he said. Motorsport.com The last Australian Grand Prix in Melbourne.

Robson follows what exactly has changed in Williams’ blue cars. “We tried to lose weight by removing the paint. I do not know exactly where we stand compared to others when we are overweight, but getting these cars within the weight range is very challenging,” he added finally. On.