Wim wants to mean something to refugees, so help out at Zeelandhallen 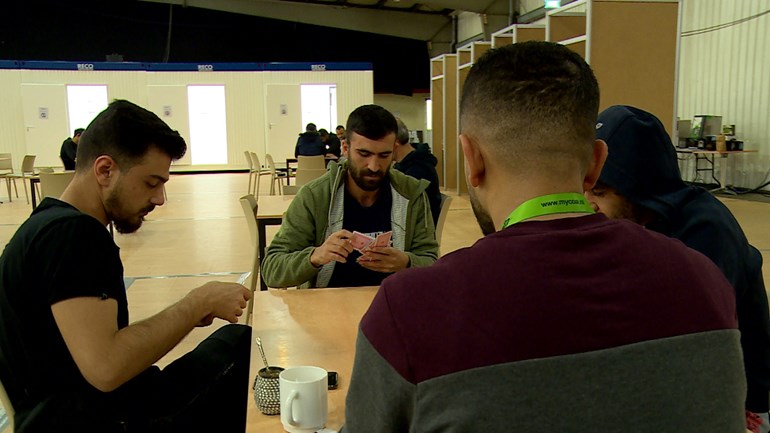 Asylum seekers have been back in Zeeland since September 27. What do you usually do for a living?

“Usually I work at the Asylum Seekers Center in Middleburg, where I am a project supervisor.

How did you end up in COA?

“I started with single, minor asylum seekers. That’s how I stayed with the company. I really enjoy the work. This way I can tell people something. I can give them rest and a smile to give the best that way. Possible time.”

What’s the difference between Zeelandhallen’s reception now and in 2016?

“In the previous 2016 emergency ward, there were more rooms for refugees. Now there are more beds. There’s a bed with a curtain in front of people, a cupboard and a refrigerator. It offers less privacy than it did five years ago.”

What kind of refugees are there now?

“About 300 asylum seekers, mainly from Syria, Turkey and Yemen, are waiting to apply for asylum. All of them are men and they have a vision for the future in the Netherlands. We receive many compliments from them personally. We will do our job with a smile and energy.”

Have you ever heard the stories of refugees in conversation?

If we give the ear we hear, sometimes something is said. There are serious cases. I learned to give it up. Our team also talks well about it among themselves. That’s why I lost it before I went home. “

You married a Syrian woman. Will this help to better understand refugees?

At that time my wife also had to leave her country. His stories have given me an additional insight into how refugees came to be here. I understand the culture. “

Do you understand the prejudices that people sometimes have about refugees?

“I think it’s primarily fear and ignorance. I would say; go to an asylum seeker center like Middleburg. Go for an open day. Get to know the refugees like that. Then you’ll see that the picture is different. People are in the mind. Or volunteer here on Goes