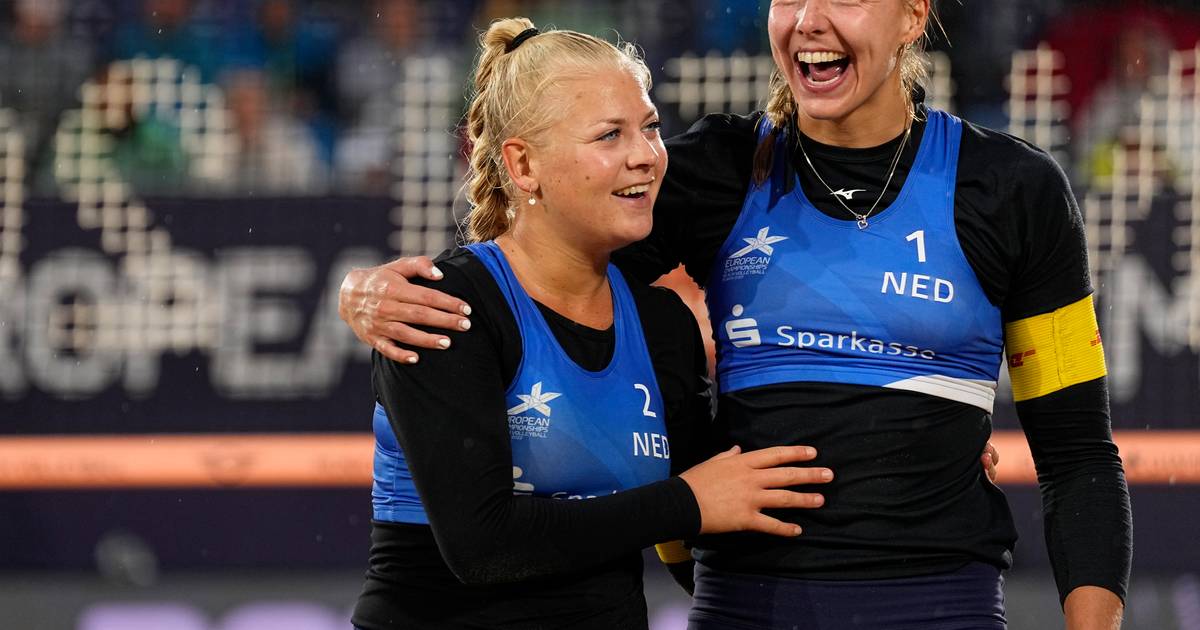 Beach volleyball player Raïsa Schoon of Werkendam, along with Katja Stam, won the bronze medal at the European Championships in Munich. The Dutch fifth-seeded pair won 2-1 at Königsplatz in groups against Spanish duo Daniela Alvarez Mendoza and Tania Moreno Matveeva.

The final condolence began two hours later than scheduled due to bad weather. Players were playing in the wet sand in long pants and long-sleeved shirts.

Stam and Shawn had a lot of trouble with the Spaniards who won the first set 21-19. The orange couple had to work hard at Company Two to stay in the game. With a 24-22 win, the duo pulled out the third set. Stam and Shawn quickly took the lead and with 15-11 there was still one last compelling chord.

The Dutch duo underperformed at the European Championships in Munich than a year earlier in Vienna, when the final was reached and the silver medal was the result of a defeat to a Swiss pair. In Munich, Latvian couple Tina Graudina and Anastasia Kravchinuka were very strong in the semi-finals.