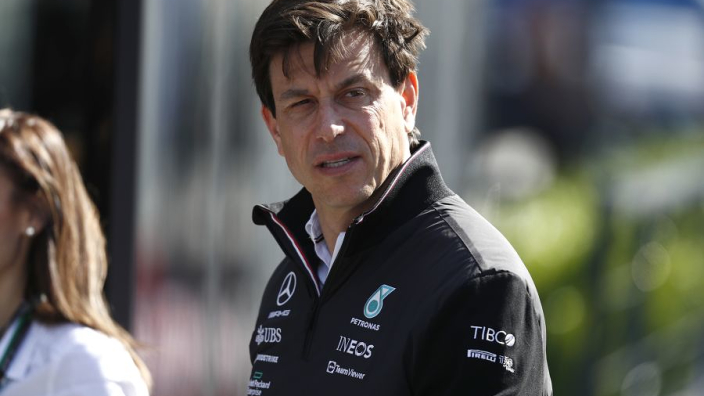 The Miami Grand Prix will initially be provided with a real scoop during next week’s first edition: the Team Principals’ Parade. Toto Wolff is delighted that it was eventually scrapped from the schedule and points out that Formula 1 is about drivers, not team bosses.

The organization of the race in the United States caused an uproar with the announcement of a veritable parade of team managers. Thus, the team chiefs would climb the flats just like their drivers and cycle around the track answering the necessary questions. That choice appears to have been made with the Netflix Drive to Survive hit streak. Due to the American series, men such as Toto Wolff, Guenter Steiner and Christian Horner increasingly appeared in the picture, so the interest in the appearance of such gentlemen in front of the camera has increased significantly.

Drivers at the front

Later, it turned out that the team managers’ parade was still left off the schedule, which is a good thing, according to Wolff. The Austrian feels no guilt and is happy to cancel the whole party. “I prefer to avoid the show. I don’t think team bosses or owners should stand there and wave to the crowd. I love the fans, but the drivers should be up front. It’s the athletes. The wrestlers are in the machines. None of us,” says the Mercedes team manager.

The fact that it is a sign of a growing interest in the sport is a nice side effect for Wolff. “The media attention is something we should be grateful for,” said Wolff. “Sports are booming. Fans are growing, commercial profits are growing. It’s a great thing and we should be proud of it.”

See also  An amazing father-son confrontation in the Venezuelan jungle