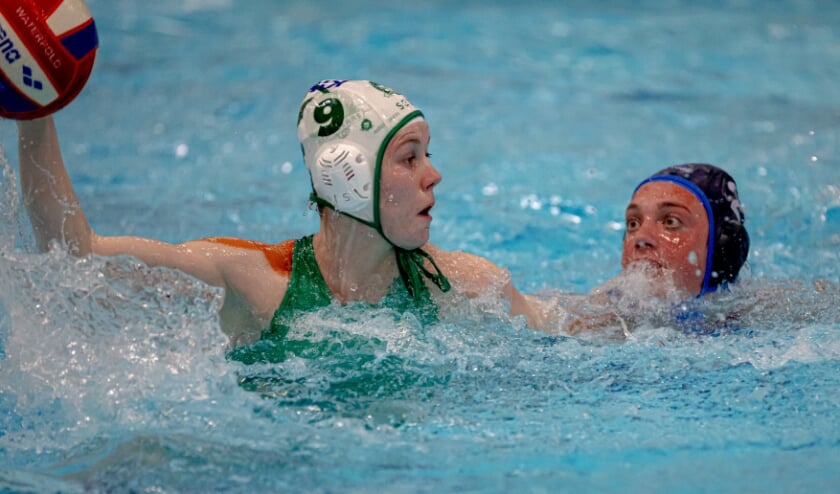 EDE The women polar bears qualified for the final of the water polo qualifiers on Saturday. In the second meeting, coach / coach Evangelos Doudesis’ team was too strong for UZSC: 11-8. Next weekend will be the final match against Widex GZC Donk.

The match was very similar to what happened the day before in Utrecht. The polar bears led 2-0 through Laura Schinkel and Storm Willemsen. UZSC managed to return with a score of 2-2 for a while, but after that, the home team gradually extended their lead. After the first half the score was 4-2, the score doubled in the middle: 8-4.

“We were in control. I played so dominating. We made the difference step by step during the first two terms.” Evangelos Dodessis said: “I loved our game more than Friday.”

The fringes of the four were also on the board after three periods: 9-5. When the number of polar bears rose to 11-6 in the last period, the match was decided. The last two goals of UZSC couldn’t change that anymore.

“A deserved victory,” said Doddsis. As coach of the Polar Bears, he qualified for the Final for the fourth time in a row. And like the last release a couple of years ago, Widex GZC Donk is the contender. “At the moment I think the second best team is in the Netherlands. These teams can also play well in Europe. A true classic. I expect two or three exciting matches.”

It will be Eva’s last duel as coach / coach. “I’m so happy that I can work with these girls for another week. It’s not about saying goodbye with a title. I’m employed by polar bears. The point is that the club becomes champion again,” concludes Evangelos Dodessis, who will be fully focused on his mission as coach National assistant to the Dutch water polo team.