Women will no longer be in the minority in upcoming games 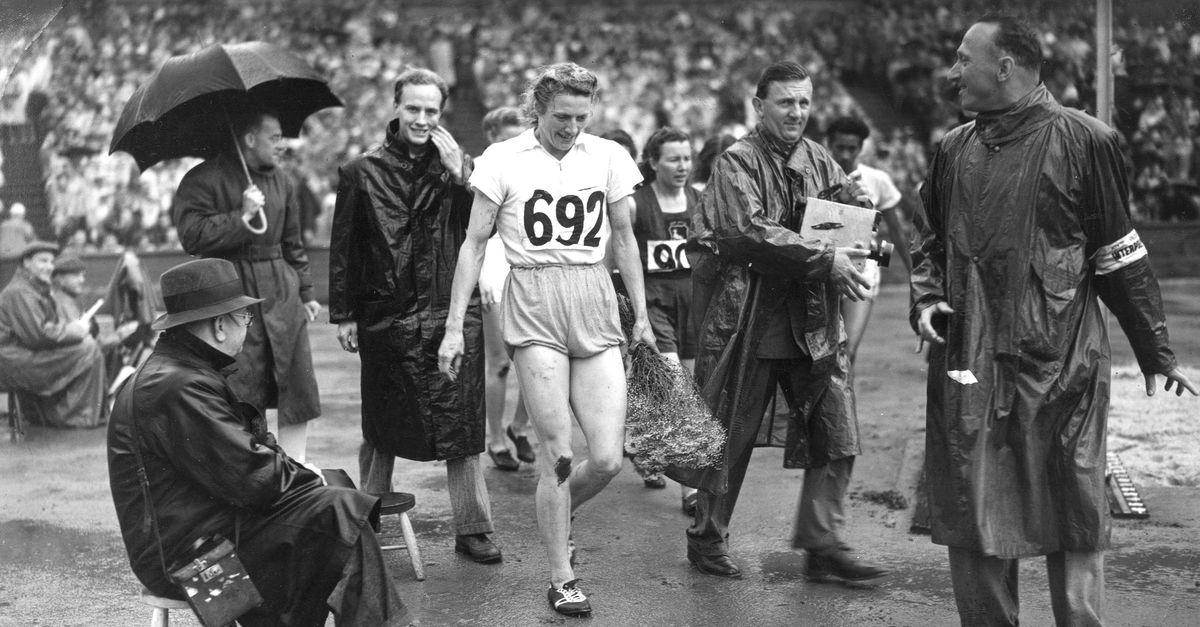 Whoever enters the building of the French Olympic Committee, located on Pierre de Coubertin No. 1 in Paris, will not miss the bronze statue of the Baron himself, the founder of the modern Olympic Games. She stands in the center of the hall, on a marble pedestal, whose name is written in golden letters. De Coubertin has put his hands loosely in his pocket since 1992. He wears a mask over his nose and mouth.

A statue has been standing in a corner since March of this year. It is a more modern work of art, made of painted wood, silver leaf and metal, and was made by students at a French art academy. A plaque bearing the name of Alice Milliat, “to whom we owe to women the opportunity to participate in the Olympic Games.” The statue is a harbinger of things to come three years later in Paris: the first fully gender equality games. Historic moment.

Because the Olympic movement goes a long way when it comes to women’s equality. De Coubertin, a historian and educator, did not like women’s sports – not practical, not aesthetically pleasing, not interesting, not appropriate. No women participated in the Olympic Games in Athens in 1896. The Greek Stamata Revithi did not leave her at that time. The day after the Olympic marathon, she ran alone on the same men’s track. She did not reach the finish line, because she was stopped at the gates of the Olympic Stadium. Women would not be allowed to run a marathon until the 1984 Los Angeles Games.

In Paris (1900) women participated in the Games for the first time, but only in areas which, according to de Coubertin, would not harm their female charm; Tennis and golf. Archery, figure skating, fencing, and swimming became Olympics for a while, but they also disappeared from the program. The proportion of women at the Games in Antwerp (1920) was only 3 per cent. Meanwhile, a feminist movement was underway in France, led by Alice Millais, an avid teacher and rower.

In 1919 she had asked the International Olympic Committee (IOC) if women could be added to the athletics program at the Games, but to no avail. Then she founded the International Women’s Sports Federation (FSFI), of which she herself became its president. With this organization, she organized the first women’s games in Monaco in 1921. It was a one-day event, with an Olympic-style opening ceremony. Initially, five countries participated, but the event grew into a success. In the Paris suburb of Vincennes, on August 20, 1922, 15,000 people watched women compete in all sports disciplines prohibited by the International Olympic Committee.

Milliat gained increasing influence internationally through her movement. Women’s sports federations were created in Great Britain and the United States, and pressure increased on the International Olympic Committee to allow women to enter the Games. Milliat insisted that women should be allowed to compete in all areas of athletics and that there should be an equal number of women and men at the board level. The IOC was willing to consult on whether to stop calling the annual Women’s Games “Olympic”. Milliat agreed, and women at the 1928 Amsterdam Games were allowed to participate in athletics and gymnastics for the first time.

Journalists used gruesome terms to describe what they saw after 800 metres. on women Chicago Tribune They were thrown to the ground completely exhausted. A journalist from the British newspaper thought it was too dangerous times. In the Pittsburgh Press They did not find it “extremely helpful” to see a group of women self-destruct. In the following games, the 800m was dropped, only to be added again in 1960.

At the end of the 1920s in the Netherlands, people were not waiting for the Olympic liberation movement, but under pressure from the International Olympic Committee, the athletics federation appointed a women’s coach. A woman out of all people has won the only Dutch athletics medal: Lianne Jesulf, silver in the high jump.

Female participation in the games was not self-evident in the ensuing years. At the 1932 Los Angeles Games, the Olympic Village was for men only. The women were housed in a separate hotel.

It was Fanny Blankers-Queen’s success story at the 1948 Games that showed women around the world that a 30-year-old mother of two can achieve great things – win four gold medals and become the star of that tournament. But this does not mean that the IOC has opened all ports.

Until 1960, for example, only women were allowed to participate in individual sports. From the 1964 Tokyo Games, contactless team sports were added – the first volleyball. Twenty years later, team sports with contact were also practiced; Hockey, soccer and water polo. From that moment on, the graphs of male and female participants converge, but have not yet crossed. The most conservative sports are cycling, strength and martial arts. Weightlifting and boxing did not become Olympics until after 2000. Until 1996, the International Olympic Committee conducted gender tests that were mandatory only for women. Men are exempt from it.

At the Games that year in Atlanta, 7,000 of the 11,000 participants were men, and 26 of the more than 200 countries did not send in women, including several Arab nations. In light of this, it is particularly remarkable that women have won two-thirds of all Dutch Olympic medals in history.

Recognizing the need to keep pace with the times, the IOC added a chapter to the Olympic Charter in which it committed to “promoting and encouraging women’s sports and achieving equality between men and women.” The process was to be completed by 2024. The maximum number of participants was also reduced to 10,500, half of whom would have to be women within three years in Paris. Although the International Olympic Committee has indicated that this goal has been achieved in Tokyo, this is not entirely true; 48.8 percent of women and 51.2 percent of men. However, this was not “true” at all.

The gap in Tokyo was partially closed by the introduction of mixed numbers. Women and men compete against each other in the same match. For example, Nigerian athlete Patience Okon George managed to run against the men in the 4x400m mixed relay race. She had entered the last lap with a big lead by her male teammate, who was running against the women, but was overtaken. It was above all a wonderful sight. The Mixed Nations Cup in Judo was one of the most exciting additions to the Olympic tournament.

Administratively also, the commission, which has more member states than the United Nations, wanted it to be a better reflection of the zeitgeist. Until 1981, a woman was never a member of the International Olympic Committee. The proportion of female IOC members has risen from 21 to 37.5 percent in the past two years. Women occupy 48 percent of IOC committees. That was 20 percent a few years ago. For the first time, the Tokyo Athletes’ Committee includes more women than men; 11 in 6. The highest position, the president of the International Olympic Committee, on the other hand, has never been held by a woman. One of the four vice presidents is Aruban Nicole Hoevertsz, who was elected in Tokyo.

The text continues below the graphics

Games are likely not at all gender equality. Although the International Olympic Committee required all countries to designate a male and female flag bearer at the opening ceremony, countries such as Oman, Djibouti and Ethiopia refused to do so. It remained without consequences. This does not mean that the IOC has no influence. Prior to London 2012, the committee threatened to exclude Saudi Arabia from participating if it did not authorize a woman. The country succumbed to pressure and appointed a judoka and an athlete. Nine years later, that number is still low.

Gender equality in the games became a vital issue earlier this year when Yoshiro Mori, 83, the head of the organization in Tokyo, said that women tire too much in meetings, and it’s annoying. When that became known, he had to resign. In a country where women’s rights are under pressure. Japan has been at the bottom – 120 of 156 countries – in the World Economic Forum’s Global Gender Gap Index for years. But when the world watches the games, things are a little different.

German players were allowed to wear long clothes in Tokyo, instead of traditional ones. Women themselves claimed equal standing in the games. It should all lead to the first gender equality games in history, in Paris three years ago. But host country France still has a lot of work to do. Of all the countries in the world, they scored the worst in five matches between 2000 and 2016 in the distribution of gold medals between men and women – the Netherlands was the best. French men have become Olympic champions more than twice as often as French women. In other words: the sporting state that is least liberal is the one that organizes the most liberal games. If that doesn’t change before 2024, it could have medal-level consequences. To prevent this, France needs to train more women. It would have sounded like music in Alice Millais’ ears.

Correction (August 10, 2021): An earlier version stated that Norwegian beach volleyball players played for Olympic bronze. However, it was about beach handball players in a European championship. This non-Olympic example has been removed.

A version of this article also appeared in NRC Handelsblad on August 9, 2021

A version of this article also appeared in NRC on the morning of August 9, 2021