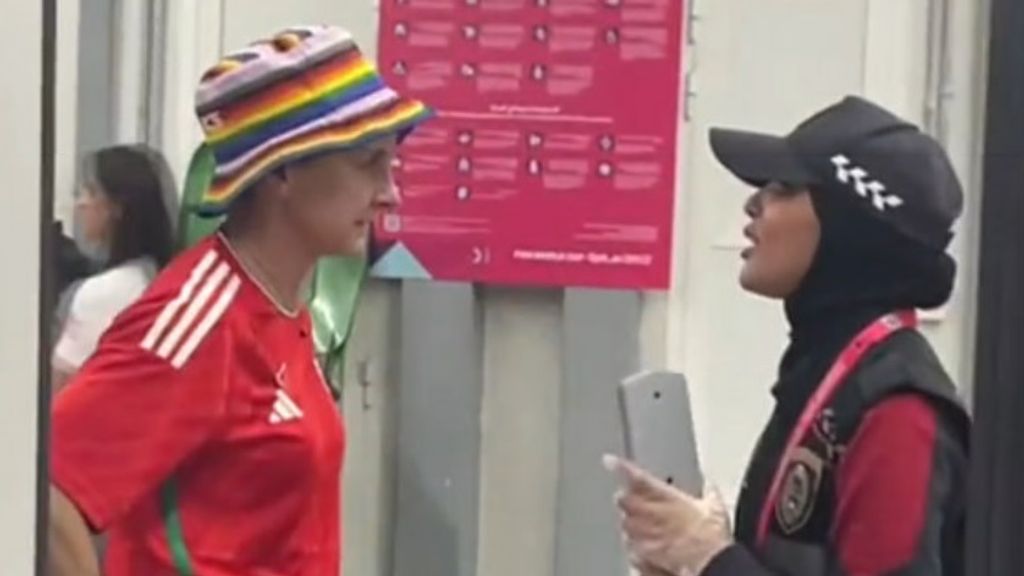 Some spectators at the World Cup match between the USA and Wales yesterday were not allowed to enter the stadium because they were wearing rainbow colours. Despite earlier assurances from FIFA and Qatari authorities, it is unclear whether these are incidents or whether LGBTI symbols have been banned from Qatar’s World Cup stadiums.

American journalist Grant Wall was wearing a black T-shirt with a soccer ball surrounded by rainbow colors when he was refused entry to a fight in Ar Rayyan.

After being detained for about 30 minutes, he was allowed to enter with his shirt on. He describes A defense manager and a FIFA representative both apologized to him.

Another spectator to the game, former Wales international Laura McAllister, had to go Security Her rainbow hat to hand over “Because it was a forbidden symbol”. This happened to other Wales fans too, according to Welsh LGBTI+ supporters’ association The Rainbow Wall.

There are no clear guidelines regarding rainbow colors at the World Cup. A photo taken yesterday ahead of the England v Iran match shows a fan wearing the shirt at the stadium. English lions in rainbow colors.

Bloomberg News reported on the basis earlier this month I saw the security protocol Police officers in Qatar should leave people alone with rainbow flags. And Nasser Al-Qader, head of the organizing committee in Qatar, has promised by the end of 2020. to the AP News Agency Rainbow flags are allowed on the grounds.

Nota Bene journalist Grant Wall shared the images below last week, which show that security guards have been told that rainbow flags in all variations are allowed in principle. It does, however, state that employees must repeatedly evaluate situations and context.

But last month, Khader avoided a direct answer When asked by Sky News Can fans come with a rainbow flag “Everyone is welcome in Qatar and as we have always said, all we ask is that people respect our culture,” he said.

And that’s in it Travel advice Statement by the Dutch Ministry of Foreign Affairs. On the one hand, the audience must take into account “the existence of discrimination against LGBTIQ + people”, and on the other “authorities in Qatar have indicated that everyone will be welcome at the 2022 World Cup”.

There is already a lot to be done about the rainbow colors in the first days of the World Cup. It was revealed yesterday that the Netherlands and six other World Cup nations have been banned from wearing the OneLove bracelet. Because FIFA threatened with a yellow card. Belgium is also mandated by FIFA to have shirts with linked rainbow colors to adjust.

This prompted a German and British television commentator to issue a statement:

Neither FIFA nor the organizing committee have yet responded to reports of spectators rejecting the rainbow colours.