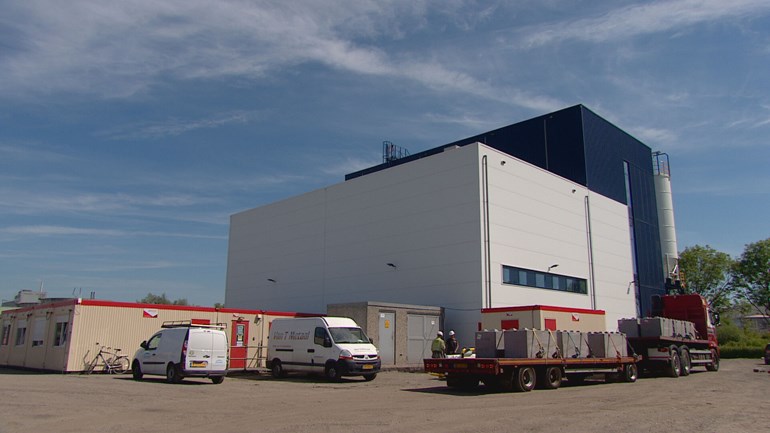 Lean Tange, the company’s founder and director, has been working on his projects for a long time. The fact that the project landed several years later is largely due to the European Commission’s Green Agreement.

The factory costs a total of fourteen million euros. A portion of this, 2.7 million, was provided by a grant from the European Commission. The province of Zeeland has also provided a grant of one million euros. The rest of the money will come from the co-operative of the companies that support the recycling company.

The factory can also process old styrofoam. Truly; She is unique in that. In short, according to plant manager Carlo von Hijpt, the process comes down to the following: old polystyrene foam is compressed. It is then ground to the size of a chip and placed in a solvent. It converts styrofoam into a gel. Then the two useful substances can be separated from each other. Flame retardant on one side, polystyrene (plastic) on the other.

In Europe, forty to fifty million tons of polystyrene foam have been used in construction over the past seventy years. For now, there is no need to worry about whether the styrofoam recycling plant has enough work. In fact, Tange already dares to think big. “150 to 200 tons a year are released in Europe, so there is definitely room to measure.”

READ  Two years later Irene was correctly diagnosed: 'I knew I had a lump in my nose'

For now, Tange is completely focused on the current factory. “We want to demonstrate economic and technical feasibility in the coming months,” says the director. “Then the goal is to measure up to 12,000 tons per year per factory. Here in Derniuson.”