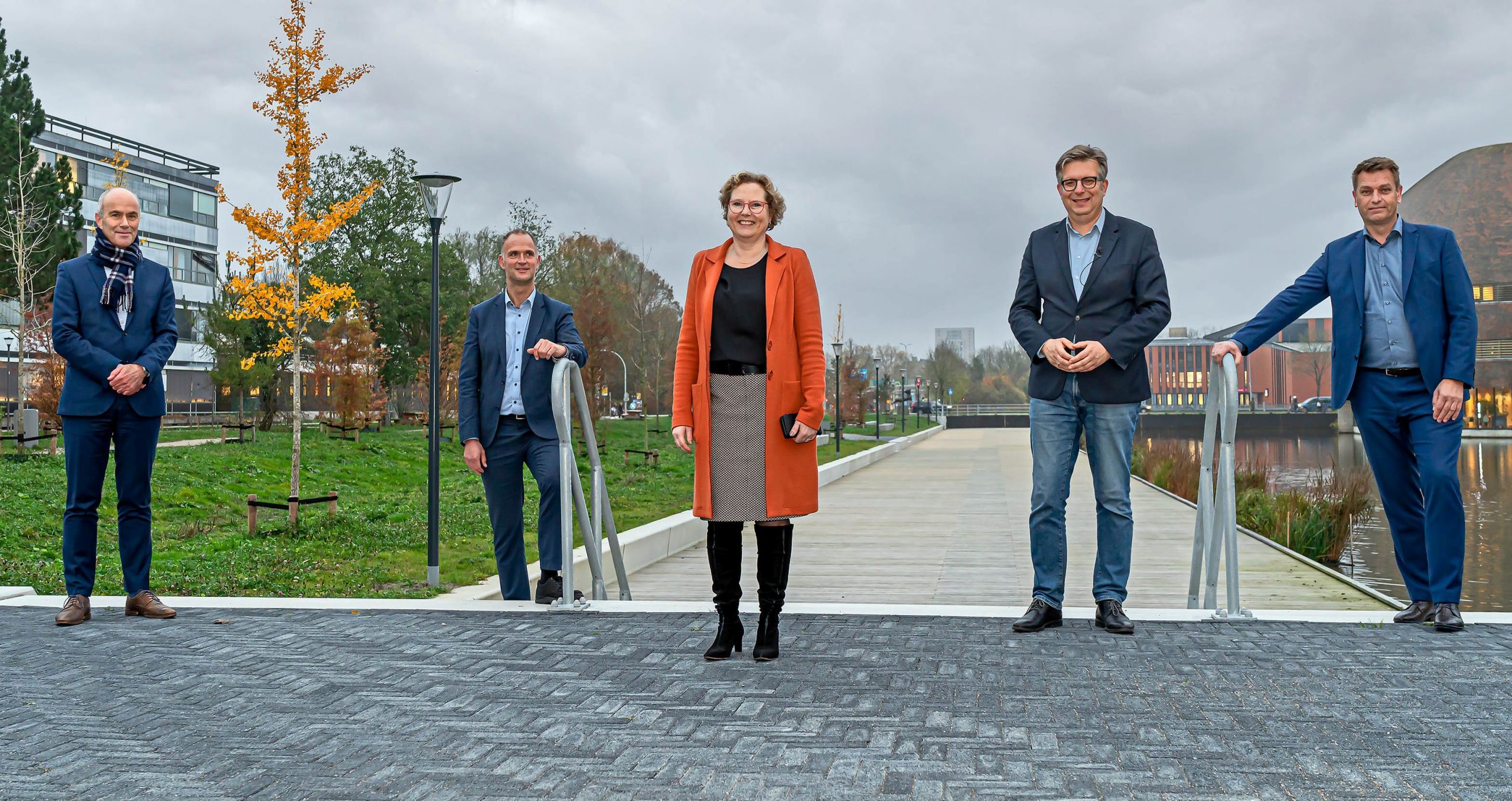 When the grandstand and banacourt at the Willem-Alexander Sports Center are ready next year, the Zernikelaan “upgrade” will be fully completed. This was celebrated on Monday afternoon, during a meeting at the Foodcourt in Kapteynborg.

The entire project was officially delivered on Monday afternoon, after three years of work. The work included in this Upgrade affects both traffic and public spaces.

“The Zernikelaan development is one of the first projects in which we have redesigned the public space,” said Alderman Roland van der Schaaf. “While mobility was the starting point, this has now shifted to the human dimension. Topics such as accessibility and experience have played a much larger role.”

There is a new road on the north side of Zernikelaan and a new road surface has been laid at the entrance from the North Ring Road and Zonnelaan. Bicycle paths have also been expanded here and traffic lights have been installed. At the renovated bus junction there is now space for six buses and these vehicles can be charged electrically.

Final work on the Willem-Alexander Sports Center will begin in January 2022. After that, the Zernikelaan upgrade will be fully completed.