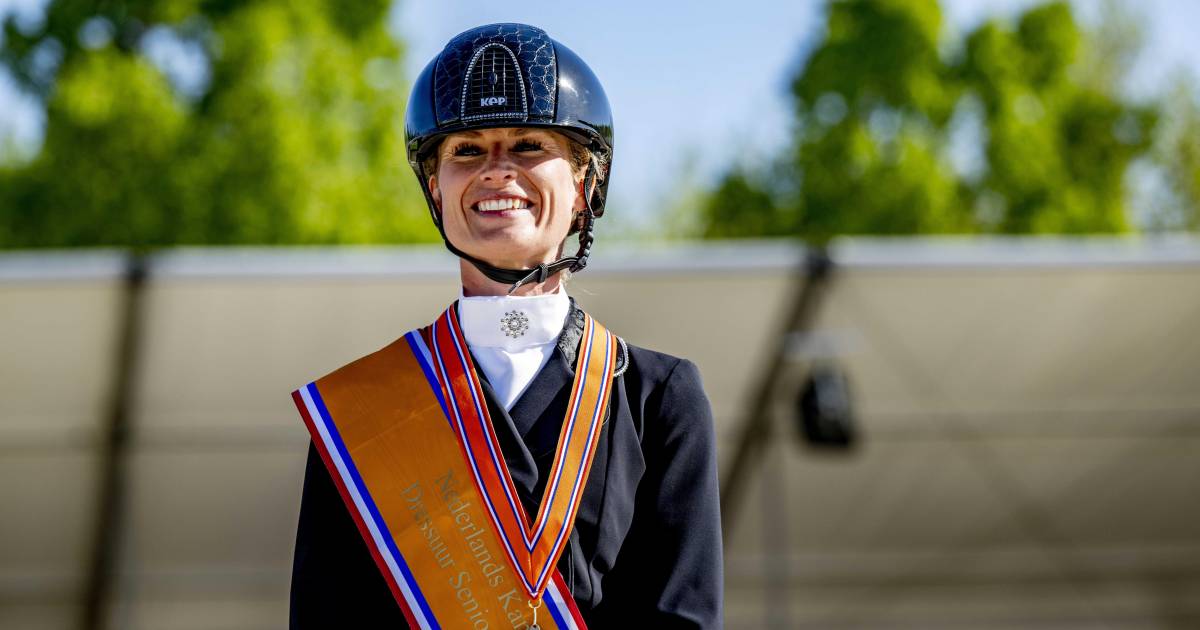 Ermelo – Dinga van Lier became the Dutch dressage champion for the first time in her career on Sunday. The jockey from Kapelle was succeeded by Edward Gall in Ermelo, who took leave. Surprisingly, Thamar Zwistra from Shur came home with the silver medal.

After Saturday, the first day of the heavy round, it looked like a fight between Dinga van Lier and Emily Schultens. However, the latter had to withdraw from the free style to music. An hour ago, she mentioned that her horse, Desperado, wasn’t quite fit.

In the freestyle final, Van Lier, who entered the ring with Hermes, was head and shoulders above everyone else. At 83.155 percent, she was the only one with a score above 80 percent of the jury. Zoestra, who captained the World Cup final earlier this year, reached 78,670. I just passed Marieke van der Putten, who performed better than Bevillandsee on Saturday.

NK was the first watched match for the World Cup, which takes place in Denmark this summer. The national coach could hardly help her but choose her. Zoestra also immediately did a good job with her Hexagon’s Ich Weiss.

Hans-Peter Minderhood, coming from Westkapelle, was already the champion of the Netherlands in 2011. Eleven years later, he was succeeded by Dinga van Lier.