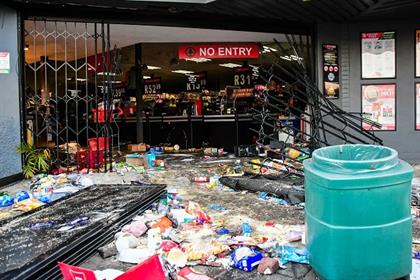 KwaZulu Natal Chief Minister Sohail Zikalala is scheduled to meet with members of the diplomatic corps and international investors to discuss efforts to rebuild the province in the wake of the recent wave of civil unrest and looting.

The meeting is expected to take place in Gauteng on Thursday in an effort to inform and reassure the international community that the province is ready and open to action.

The KwaZulu-Natal Agricultural Union (Kwanalu) estimated that the unrest destroyed 55% of economic activity in rural towns, while at least 64% of rural towns experienced severe food shortages.

Zykalala’s message at the two-day meeting will be that the security situation has stabilized and the area is now ready for action.

Read | Workers affected by the disruption can receive up to 1,712 rand per month in government aid

“We will build a solid base of skills and employment,” he said.

“The medium to long-term response will focus on reassurance, rebuilding, and getting KZN to stand up and unite at the same time.”

The Prime Minister added that their view was that employment in post-conflict situations is a key factor in achieving short-term stability, social and economic progress and lasting peace.

The boycott had “divided the economy” into 15 vital sectors that would revive exports and investment growth. This will breathe new life into the “investment landscape” with 200 projects with the KZN Investment Book.